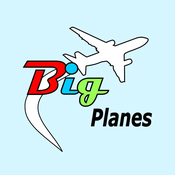 Up to this point, LEGO has not produced a single realistic minifigure scale passenger plane as a set despite releasing large train, car and ship sets. Current LEGO City passenger plane sets rely heavily on pre-molded pieces that limit your ability to be creative and lack major play features such as retractable landing gear, wing flaps and more.

With this project I want to change all of that. This minifigure scale model of a Boeing 737-500 Classic series is built with almost all of the features that the real plane has including fully functional flaps, retracting landing gear, a full interior, emergency exits, a galley, lavatories, cockpit and even the option to add power functions to make the jet engines spin!

When I set out to design this aircraft I wanted to have a passenger airliner that would be incredibly recognizable and full of features. The 737 is one of the most iconic planes in the world so was the perfect candidate for this project. I choose the 737-500 because it was the smallest 737 to use the iconic jet engines with the flat bottoms yet, still being small enough to be a LEGO set. This model uses an estimated 2800 pieces and has the option to add power functions to make the jet engines spin.

This model is large, however not unmanageable. To make transport a little easier, the wings can be detached and the fuselage can break apart into 3 sections using technic connections. My model would also come with three crew members and six passengers to fly in the airplane!

The interior of this model Is configured in a two class configuration with all seats being able to hold LEGO minifigures. Due to the limitations of LEGO minifigure scale, I was only able to fit 4 seats abreast and 2 lavatories in the rear of the airplane. There is also a full galley in the back of the plane along with a fully detailed cockpit at the front.

This aircraft has fully functioning tri-fold Fowler flaps to add even more realism to the wing. There are 6 exits on this aircraft 2 in the front, 2 in the rear and 2 over wing emergency exits. In one of the pictures you can see this model compared to my Southwest 737 which has achieved the support it needs to go to the LEGO Ideas review board.

Even if this model is not seen as a viable product option, I hope LEGO will one day soon produce a realistic passenger plane set for LEGO City airports around the world!