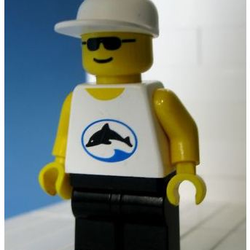 By danimations
1 comment
The original Crocodile Hunters were the Australian aborigines, many millenia before Steve Irwin's rise to fame!

Long before Steve Irwin's rise to fame as Australia's 'Crocodile Hunter' the pursuit of this fearsome reptile was the exlusive art of the Australian aborigine. Haunting the swamps, estuaries and billabongs of Australia's 'Top End', these cold-blooded giants were feared and respected by those aboriginal nations who shared their land and water with them.

This custom Lego set takes long before Paul Hogan of 'Crocodile Dundee' and Steve Irwin crafted their romantic celebrity careers. Australian aboriginies crafted dugout and bark canoes, hunted with simple spears and only the sharpest of wits. In this scene, an early European explorer wanders into a canyon on his camel, and encounters two aborigines and a host of Australian wildlife. 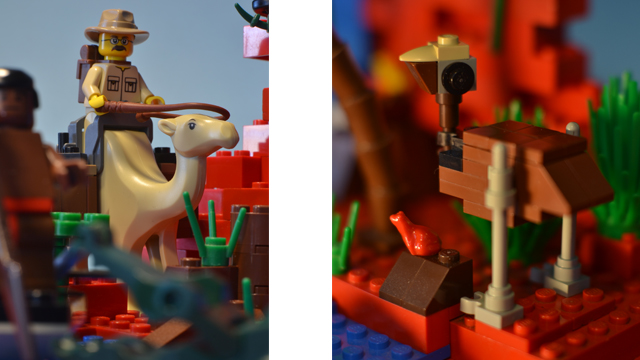 As the desert meets the tropics in Australia's Northern Territory, scenes like this rugged red cliff and waterfall become a remarkable reality. Water attracts life of all kinds. Included in this set are: a snake, a crocodile, an emu, a camel, several frogs, a scorpion, a bird and two fish.

ABOVE LEFT: The first European explorers ventured into Australia's arid heart on the back of camels.

ABOVE RIGHT: The Emu is a giant flightless bird, native to the Australian bush and similar in size to the ostrich. 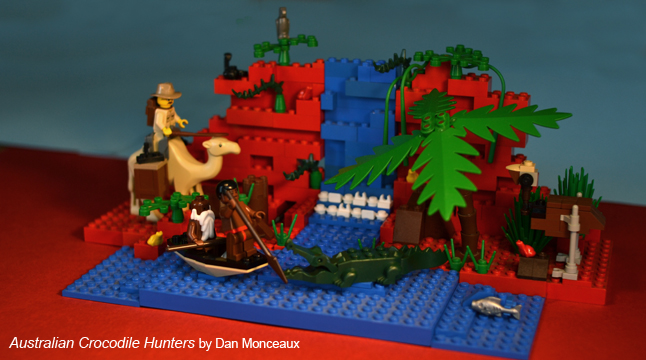