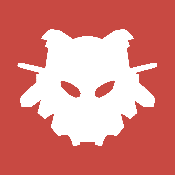 After Mata Nui reunites the planet of Spherus Magna, dangerous dinosaurs from deep within the Jungle of Bota Magna cause havoc for the Matoran and the Agori. Tahu, the noble Toa of Fire keeps the peace, but will Tahu be able to tame the powerful beast or will the dinosaur defeat Spherus Magna's finest?

The Tahu Minifigure has 12 points of Articulation.

The Tahu Minifig recreates Tahu's iconic look at a much smaller scale.

The planet of Bota Magna is home to many dinosaurs, this particular 'Rahi' is loosely inspired by the real-life Brachiosaurus.

Dinosaur has attack function controlled by Technic gears. Lower the lever and the head goes up.

Raise the lever and the head goes down for the attack.

For this project I wanted to create an easy, inexpensive, content rich, entry point into Bionicle that fit in well with LEGO other offerings. I'd like Bionicle back even in a small way and I hope you do as well.