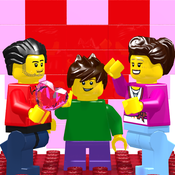 What was it the Engines said,

Facing on the single track,

Half a world behind each back?

Anyway, what this fellow was talking about was the Golden Spike Ceremony.  It was a special event that took place on 10 May 1869 in Promontory Summit, Utah to celebrate the completion of the First Transcontinental Railroad in the United States.  During the ceremony, the rail line was symbolically completed with the driving of a final railroad spike made of solid gold using a silver hammer, ending years of building from both ends of the line from the East starting at the Missouri River and from the West starting at Sacramento, California (it was extended to San Francisco Bay by the end of the year).  This was kind of a big deal because for the very first time the East Coast and the West Coast of the United States were connected by rail, revolutionizing cross-country travel overnight.  Now, instead of traveling West in a covered wagon for several months along dangerous routes like the Oregon Trail and risk dying of dysentery, you could travel all the way to California in less than a week!  Now, almost 150 years later, the Golden Spike Ceremony is considered one of the most important milestones in 19th Century American history.  If you were to make a brand-new Lego set based around one historical event in the USA revolving around trains or railroads, this would be it.

The Golden Spike Ceremony: 150th Anniversary Lego set is meant to replicate the famous photo taken during the event showing a crowd of people posing on and in front of two steam locomotives facing each other at the point where the two railroads making up the Transcontinental Railroad met on 10 May 1869.

The two figures shaking hands are Leland Stanford, President of the Central Pacific Railroad (left); and Thomas C. Durant, Vice President and main stockholder of the Union Pacific Railroad (right).  Leland Stanford was meant to be the person to drive the Golden Spike, but when he swung the silver hammer, he missed!  Thomas C. Durant decided to give it a try, but when he swung the hammer, he also missed!  At this point, the two men agreed to have a regular worker do the job, who drove the spike successfully.  The two figures standing on the locomotives toasting with bottles of sarsaparilla (a popular non-alcoholic drink at the time similar to root beer) are the engineers.  Standing in front and away from the crowd is the photographer taking the famous picture with his glass plate camera.  Rounding out the remainder of the figures are two women, a soldier, and a worker.

The two locomotives are the Central Pacific Jupiter (bright blue) and the Union Pacific #119 (dark red).  Their design is based directly off of full-size, operational replicas of the original locomotives at the Golden Spike National Historic Site (the original locomotives were both scrapped long ago).  The Jupiter uses wood as its fuel while the #119 uses coal.  These different fuel types are the reason why their smokestacks are shaped differently.  Burning wood gives off a lot of sparks, which need to be caught in a large cone-shaped smokestack to prevent them from escaping and starting fires.  Coal burns better than wood and gives off fewer sparks, so only a straight smokestack is needed.  These locomotives are set upon eight sections of straight track and are compatible with all existing Lego train track.  They are also both designed to be compatible with power functions and the top of each tender can be opened to insert a battery box and an IR remote receiver.  The back wheel section of each tender can also be easily switched out with a train motor.

The same Leland Stanford who was at the Golden Spike Ceremony founded this university along with his wife, Jane Stanford, several years later.  The original Golden Spike is currently on display at the Cantor Arts Center on the university campus.

Under President Abraham Lincoln’s administration, the Pacific Railroad Acts were passed allowing for the Transcontinental Railroad’s construction and funding.  These acts and most of their amendments were passed while the American Civil War was still taking place.  Furthermore, Lincoln himself chose Council Bluffs, Iowa along the Missouri River as the eastern terminus of the new railroad.

The current replicas of the Jupiter and #119 locomotives from the Golden Spike Ceremony located at the Golden Spike National Historic Site in Promontory Summit, Utah were built by an engineering company run by Chadwell O’Connor, a personal friend of Walt Disney himself who shared his love of railroads, particularly old-fashioned, 19th Century American railroads.  Furthermore, original Disney animator Ward Kimball, who was also a personal friend of Walt Disney and a big-time train buff, did the color matching for the two locomotives and drew the elaborate pictures on the #119 locomotive and tender.

My primary goal with designing this Lego set is to see Lego sell a train set based around non-fictional, 19th Century American railroading.  For most Americans, the first image that will pop in their heads when you mention this topic will be of trains from the 1860s, just like the ones in the Golden Spike Ceremony set.  I feel that based on the historical and visual appeal of this set, it will sell very well, especially in the United States or anyone who is fond of the American Wild West.  On that note, there are many other vintage, American-themed train models on Lego Ideas that you might also find interesting and I encourage you to check them out.  This Lego set was a labor of love and an absolute joy for me to make.  I am completely thrilled to be able to show it to the world on Lego Ideas and I hope that you get just as excited about it as I am.  Thank you for reading and please vote!