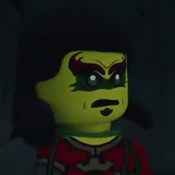 Robin has been captured by the Joker and has taken him to a chemical warehouse! Team up with Superman and Aquaman to defeat Joker and his gang! Flush the Joker down the drain and save Robin!

- includes minifigure-friendly elevator to get access to three levels of fun!

- launch toxic barrels with the catapult