By jimmygiggle
8 comments
Broadway in Bricks!

Lego has mastered the art of translating Film, TV, even to a certain extent Literature into Lego form, so I think the time has come for them to be challenged into rendering some much beloved, iconic musicals of the Broadway stage and beyond!

The set project idea entails 3 Musical Models, each unique to their featured musical, and perhaps each could come with it's own unique printed tile piece with the logo of the show.

Musical theatre is a different animal to Film, and even TV, not only in that it is live, but unlike most television programmes, and many films (reboots/remakes aside) Theatre, Musical Theatre is translating in many different ways, much like Lego itself.

Bringing together Musicals and Lego, to me, is perfect harmony; considering a Musical's script and score (metaphor here for Lego Bricks) is given to a Director (Lego builder) to render it in their image. Much like Lego.

The 4 prototypes I have featured, whilst perhaps may not end up being the final selection of 3 Musicals, are all iconic images from Musicals which have a large fan base, but are also recognizable to people who haven't seen the Musical itself. Also of note, each Prototype has been made using only official Lego and no custom parts. No model in this Project has/will require new pieces.

These shows are:
Little Shop of Horrors - Audrey Two Ultra-Build
Phantom of the Opera - Christine exposes Phantom's face
The lion King - Circle of Life Opening
Singin' in the Rain - This iconic pose by Gene Kelly is one of the most famous in all movie history.

Other Musicals which are feasible in Lego without creating new pieces are;
Annie
Oliver!
You're A Good Man, Charlie Brown
Into The Woods 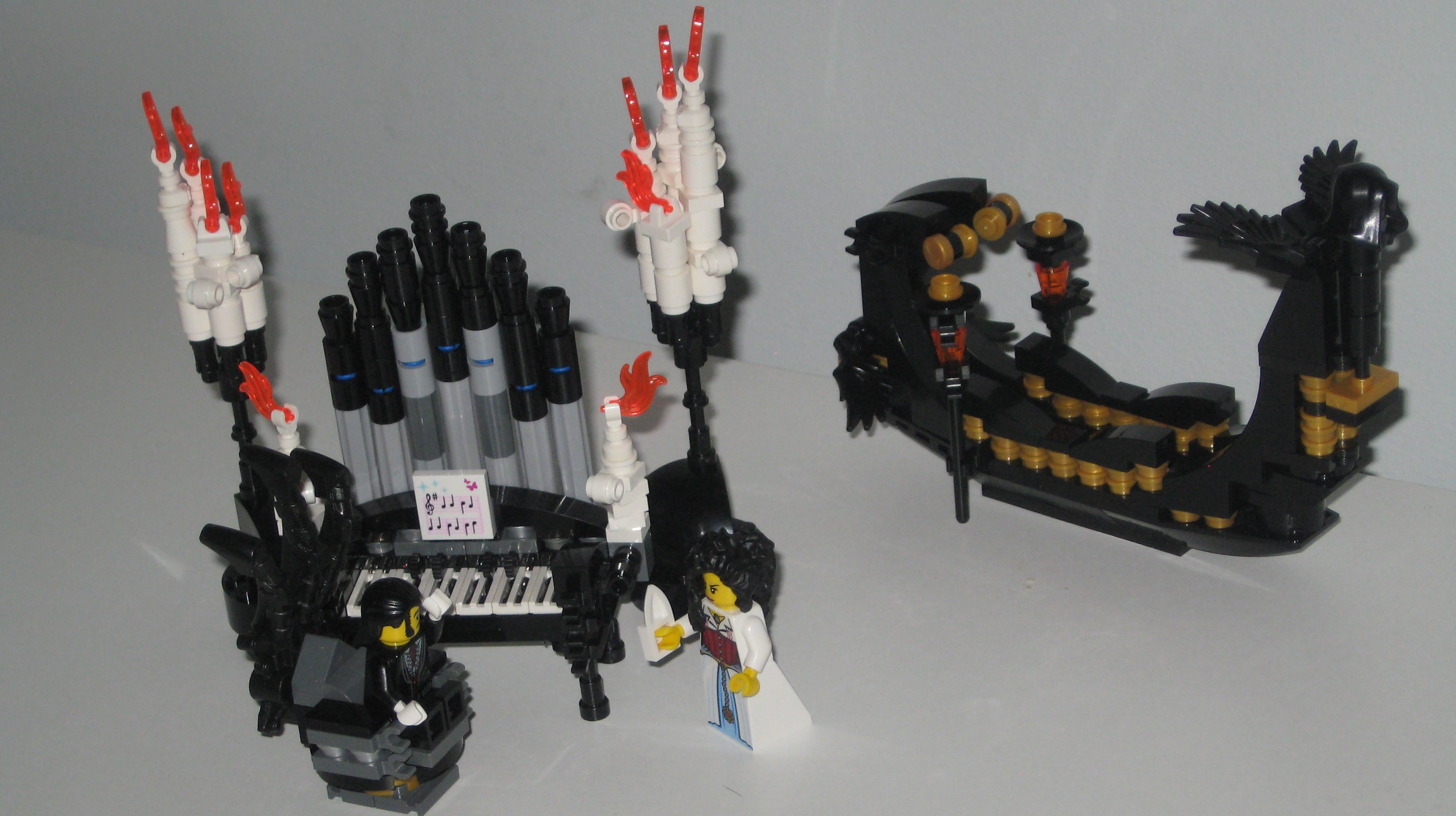 Above: Broadway's longest running musical- the Phantom of the Opera, this iconic scene features a recently awoken-still-slightly-spellbound Christine Daae rip off the Phantom's mask to reveal his face.
The Gondola was an interesting puzzle to solve but in the end it simply required hinges and plates to give it the angled ends it needed.

Below: A Lego recreation of The Lion King, Disney's long-running blockbuster musical. The opening scene remains to many, many millions to be one of the most eye-popping moments of musical theatre and, just like Phantom, still plays to full houses on Broadway.
Here we have translated part of the stage and cyclorama (backdrop) as well as the iconic Pride Rock. Each Animal Costume is inspired by the original productions designs and translated where needed- the musical's Zebras have here become Ostriches.
All Minifigure pieces (heads, torsos and legs) are from the CMF series, utilizing many of the tribal minifigures, as well as 1 Chima lion head (Lennox) for Mufasa. 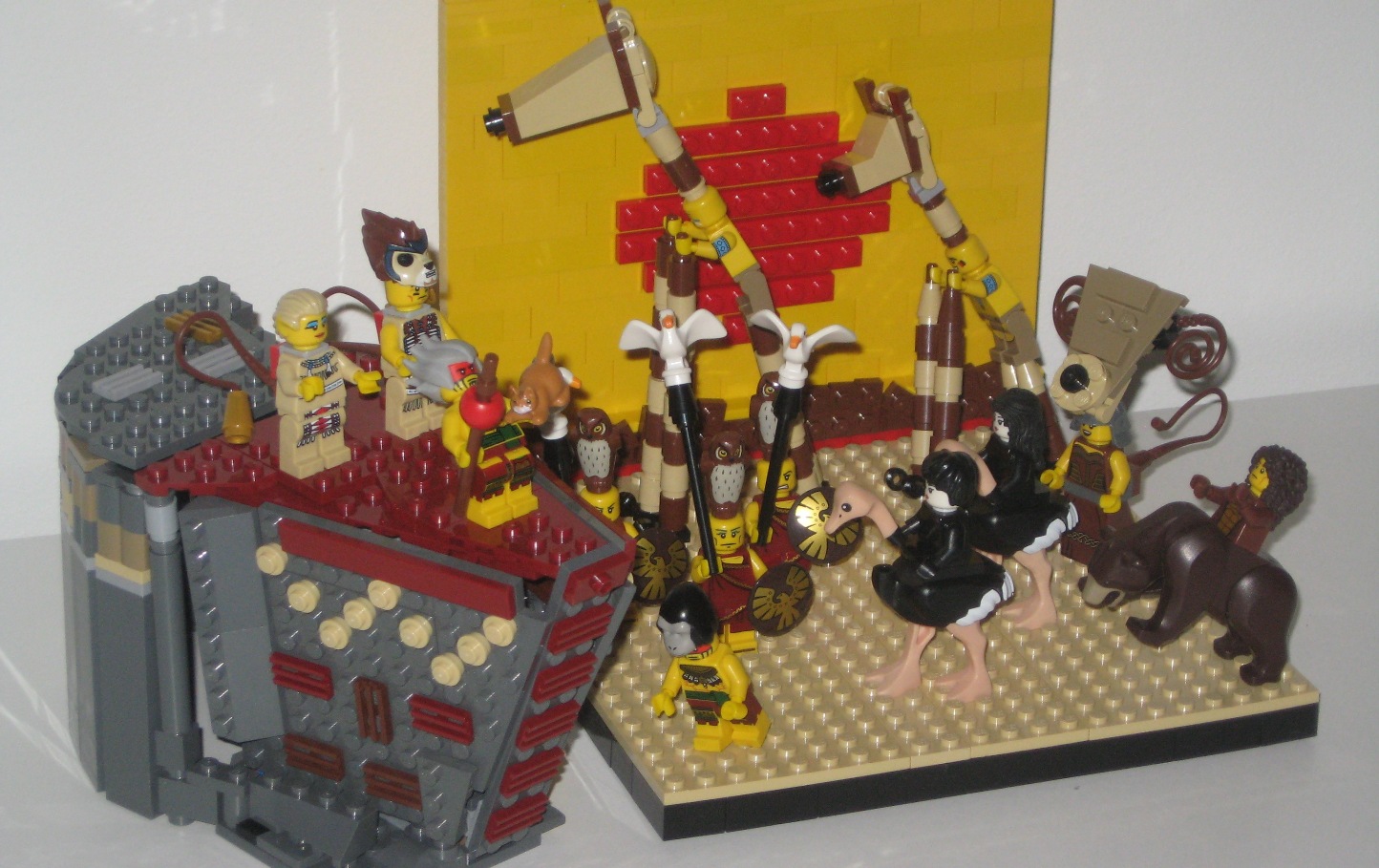 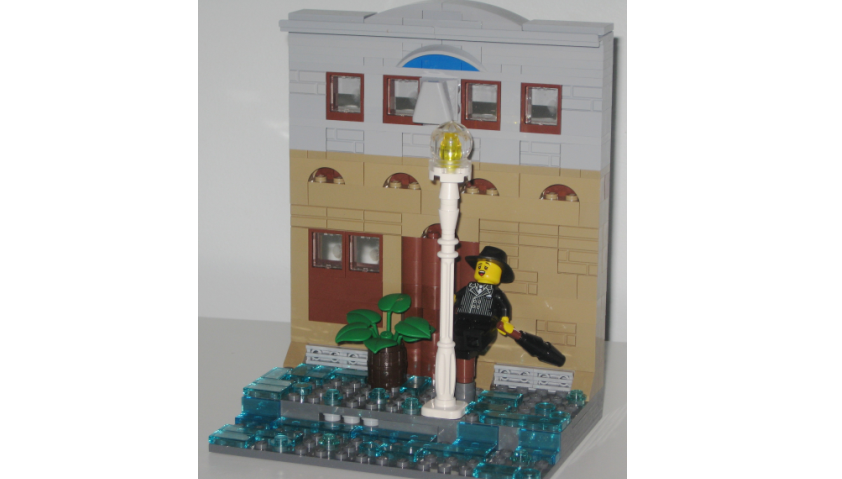 Above is our rendering of Gene Kelly's uber-iconic pose from Singin' in the Rain. This MOC uses a simple trick of the eye to make our Gene Kel-lego look like he is perched on the lamp post. There are a few minor details, such as the window, which have been altered, but overall it was built as close to the original image as possible. Our main focus was to produce a wet environment that looked like it had been raining.


Please note: there are several more images of these musicals and many others on our flickr set: http://www.flickr.com/photos/adventuresinlego/sets/72157632089326969/

Thank you for taking the time to check out our project! 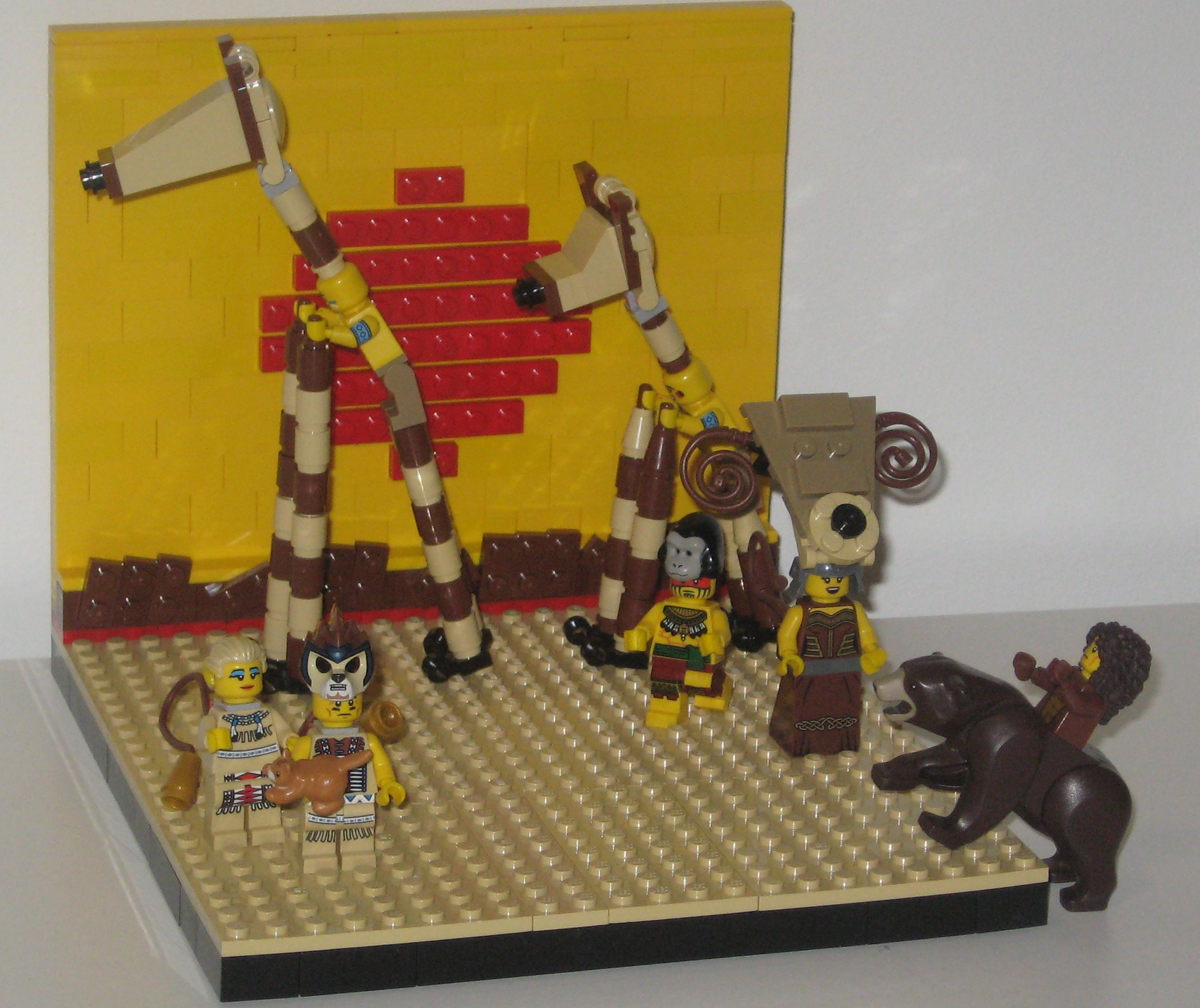