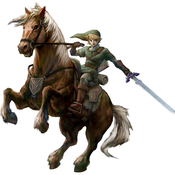 By Romang2
2 comments
These enormous warships, employed by the Grand Army, appear in the opening battle over Coruscant in Star Wars Episode III: Revenge of the Sith. Not only do they pack unrivaled firepower in space combat, but also carry thousands of clone troops, transports, and military tanks for planetary deployment. The model uses 130 bricks and measures approximately 7.4 inches in length. If this model were put into production, the 2 round tiles on either side of the red center stripe would be replaced with the printed republic emblem tiles from 2005, or else stickers would be included with the set..