Police Interceptor of the Future 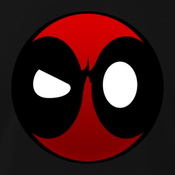 In the distant future, police interceptors might look something like this. This is only an interceptor, however. This vehicle would be sent in to stop the criminal's car. A stripped-down version, known better as a cruiser, patrols the streets, but it has a human pilot. (Will be added in an update)

I started this build after I completed the first semi rig. It took a little while to build the wheelbase and resulting shape of the overall car. The flat front is used to ram criminal cars, so the engine is actually in the back. (The grill plates on top of the car in the indentation) The scattered light-gray pieces, as well as the textured pieces on the fenders was in fact intentional, to give the effect of dents and scrapes.