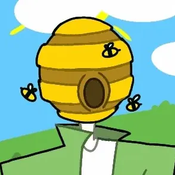 By beehive_XD
10 comments
A Cajón is like a stool drum, you sit on it and hit the side opposite the hole. I built it because I have it in my home and I love it ever so dearly. It would be good as a LEGO object because I feel a small LEGO series introducing big LEGO versions, but still being of smallish size, of instruments would be cool. Cajón are fun instruments that require almost no skill, but you might as well be a good percussionist. If it were to be approved, there would be a LEGO logo on the side opposite the hole because that's what's on some cajón.