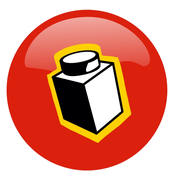 The setting is a small grocer's shop in Balby, a suburb of Doncaster in South Yorkshire, United Kingdom. The owner, Albert E Arkwright (Played by British Actor Ronnie Barker), is a middle-aged miser with a stammer  and a knack for selling. His nephew Granville Arkwright(Played by David Jason) is his put-upon errand boy, who blames his work schedule for his lacklustre social life.
Across the road lives Gladys Emmanuel (Play by Lynda Baron), a nurse occupied by her professional rounds and her elderly mother. Arkwright longs to marry her, but she resists his persistent pressures. Though short-tempered with Arkwright, she is concerned for his and Granville's welfare.
The idea is a tribute to tribute to Ronnie who in died in 2005.
In creating the shop again the millions who watched the BBC Classic Series would be able to own a piece of cult BBC nostalgia. The shop would also appeal to other audiences and would help with role play and numeracy.
If i were to have more options on brick placement within the Lego Digital Designer, the shop would be jam packed full of fruit, veg and power tools!. The empty creates would be full of apples, the bowls sausages and i would create a news-stand.