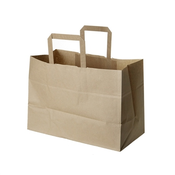 This is a build I made on Lego digital designer and resambles a McDonald's fast food restaurant. I got my idea and insperation from the McDonald's in Karlskrona Sweden near where I live, I thought it looked cool so I wanted to "somehow" recreate it. It was very hard for me to do the "M"-logo and I tried multiple other ways to build it but somehow the kind of most simple one I made looked the best. Maybe the lego group could come up with something better if I get enough votes.

You can see that the big sign is very misplaced on some of the photos so I hope that you can live with it looking like that for now. The reason why I don't or can't fix it right now is that I have a very bad laptop that I do this on and everytime I try to render, my laptop would just crash and that was very frustrating, plus I don't have enough money to buy a new one. I only just realized while I try to render everything that it was crooked.

I'm pretty happy with my build, it could've been better but I'm not the best builder or designer in the world. I just thought I had a good idea and wanted to submit it, not that it is the best looking one. I didn't want it to be too big aswell but even though it stands on a 48 x 48 plate because of the drive-thru that also could've been done better but don't know how. Some of the corner pieces are red aswell because there wheren't any brown ones and I don't know how to make them brown either.

I'm 15 years old, live in sweden and really likes lego and have been enjoying them since birth kind of. I just wanted to share my idea and give some people some insperation and maybe some tips on how to make it better. :)

P.S I really want to buy a motorbike for me when I'm sixteen and an assembly square set. :P