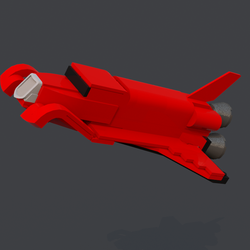 The year 1989 gave us the unforgettable film "Batman" starring Michael Keaton , Jack Nicholson and Kim Basinger .No less of a star was the sleek black machine known as the "Batmobile" and this version has for many became the greatest Batmobile ever .Here I bring you the Lego Minifig sized version to possibly suit the UCS Collector series