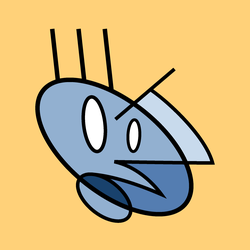 Since the early 19th century, streetcars have played a major role in New Orleans’ public transportation infrastructure. Of the four currently-operating lines in the city, the St. Charles line has been running since its inception in 1835, making it the oldest continuously-operating streetcar line in the world.

This submission is a replica of the iconic Perley A. Thomas streetcars that have been running on the St. Charles line since the 1920s. It is accurately scaled to minifig size and is designed to run on standard Lego train track. It has two driver's seats (one at each end), seating for nine passengers, and standing room for an additional seven, giving it a total capacity of eighteen. The passenger seats are designed to flip around to face the opposite direction once the streetcar reaches the end of the line, and the steps outside the doors fold up when not in use. There is a nice variety of building techniques ranging from "relatively simple" to "slightly complicated," and there are an number of mini-builds suitable for smaller hands, making this a set that appeals to all age ranges.