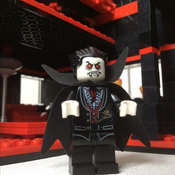 By tallblock575
22 comments
This machine uses sound waves to destroy particles. It can be used several different ways. It can teleport any physical object. It can also move matter underground to cause earthquakes.
Early on, this technology was used in industry. Sound was utilized to find minerals and other valuable materials under the ground. Over time, the technology evolved. The united governments moved to create a machine that could destroy asteroids that threatened the safety of the world.
Even though this project was top secret, the technology fell into the wrong hands. An eccentric and rich man manufactured three of these machines and they were traded for huge sums of money. This one is operated by a top agent in the secret political movement to take over several of the largest companies in the world. He uses it to take out rival satellites to control the communication market.