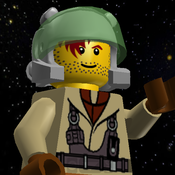 In this project I present to you my Car Mod Shop idea alongside with some my original car designs.

The kit itself is inspired by the Custom Car Garage made in Lego Factory, in fact I aimed to make the engines compatible with eachother the same way. But as it was also inspired by car customization culture, the cars have replaceable/exchangable bumpers too.

Let's begin the tour with the Cars!

Hurricane the Muscle car
This was my first original build in many years, in fact I ordered part to make it real and testfit every piece, and luckily it worked out pretty well.

It's a 2 seater and maybe it's a bit wide with 8+ block size, but I really wanted to keep the portioning of those real classic muscle cars that inspired the model, such as the Plymouth Hemi Cuda.

Vintage the Classic
My second car on the list, it's a classic car inspired Vintage, also 2 seater but a bit slimmer thanks to the 5 block wide interrior design insteadof the 6 block layout.

Hogrod the Dragracer
Least but not last Hogrod is my own take of a rear engine hotrod, inspired by several modified trucks and ratrods.

Let's talk about the ModShop itself.
It's designed with a little workshop with garage door and a little unseparated part shop for customers. It has a rack for the different wheels, And holders on the walls for the unused bumpers.

It can be opened with the roof and the front wall to give more accessibility.
It's designed with 521 lego pieces

Also the set would incluse 4 minifigs, 3 drivers and 1 mechanic/shop keeper.

Let me know what you think of the set! :D