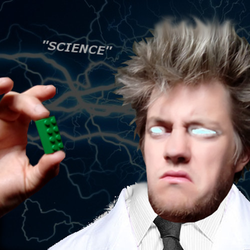 I know the remake of the Green Hornet wasn't a very popular film, however, I believe they did do a good job of making the car and I thought this would make for a really cool Lego build.

The car is based on a 1965 Chrysler Imperial, with modern style deep dish wheels and some distinctive green lighting and of course a whole load of gadgets and weapons.

I tried to keep the proportions of the car as true as possible at a 16 stud wide design. The Design was built entirely on Lego Digital Designer but I have made sure to keep the build strong enough to hold together in real life.

The missiles and guns can be either on display or hidden and the backwards opening "suicide doors" have been included to display the gadget filled interior.

These renders do not show the chrome finish on the silver parts of the model due to me not having very good software. If you search for images of chrome finish Lego you can get a better idea of what these should look like.

Thanks for looking and as always I will try to reply to all questions and comments!