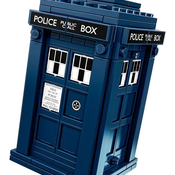 Hello lego fans my name is Steven and I huge lego fan. I live in Moscow and in my spare time I very like to play with lego. Most of all I like to build deferent defrent vehicles all of types cars planes submarines space ships boats and others. As a huge fan I try very hard to do the best detailing of my models. Also I like batman. This is a very iconic charecter and during his long existanse he had many batmobiles batwings and different stuff. And I want to build something very coll. So am very exciting to show you my lego ideas project. This is a Bat plane! If you don't know what is it, a'll say that this is one of the first batman's aerial vehicles. Batman used this in 1950-1960's. When I first time saw this plane I was very interested in it. I saw many batman's vehicles but that one was special. Something distinguished him from others. Because I love batman and all of his stuff I just want to represent this thing. This set will include one 1960's batman minifigure, bat plane with cabin for one person and two secret start shooters.