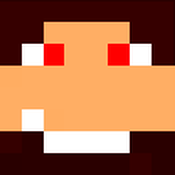 My project is about a universe full of dragons and their cute little baby dragons. They have movable body parts like the legs and mouth but others won't. They have different types of element.

First on the list we have the Storm chaser, it is a dragon full of spikes and his element is dark. You can find one in dark caverns or in dark areas of forests.He is a dragon that spends his time eating drinking or sleeping. He usually chases rabbits or other animals to feed itself.

Next on the list is the Gruble, he is an earth type. You usually find him in gruble made holes, you can find them easily because they are really big. He is a big dragon that really enjoys eating things such as rocks(any rocks) and grass. He is really heavy and very useful to break walls.

Next one is sure gonna leave you petrified, the Double strike, a two headed dragon. One head turns you too stone the other turns you to ashes. He is type fire and dark. A dragon that will usually be found on top of a volcano or in dark caves. He likes too eat fish and humans, if you see him run with your eyes closed.

The fire viper, this dragon loves lava. It reminds him of where he was born(in lava). He also eats lava and it also serves him as a drink. He is a type fire and rock. Another thing, if you want to find him, you must have a fireproof amor and resist to high temperature, or you are fireproof.

Last but not least, the Blatter. A beast that lives in water, he eats fish, sharks  and other dragons. I think you can guess his type but just in case, he is a water type. He has a great trap, he kills fish so they float and attract dragons, and poof, the Blatter jumps out of water and drowns the dragons to eat his body parts. What a cruel beast.

You can find other dragons but  you will need to find them first.