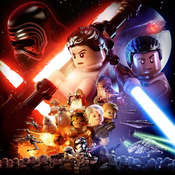 This is a model of Microsoft's Xbox One. It has a model of the white Xbox One that was bundled with Sunset Overdrive and a controller that has a, x, y, and b buttons, two analog sticks, and a digital pad (d-pad).

I think this model would be great for a the children today that are used to and love 8th-generation consoles. Also, I think it would just be a great model.