By pittstop
1 comment
"Before there were Space Ninjas, there was the Combinators: Prototype"

Combinators is a portmanteau of the words Creator and Combiner, which is what this pitch is. Micro construction kits similar to Creator sets, which can be combined WITHOUT dismantling them into larger super-robot sets.

Ok this one is just a bit of fun really. I created the "Prototype" test bed design to try and pare down the combination method to the simplest version to use as the basis for the next major redesign. But while I was experimenting with colours I got the crazy idea to design some pilots and, well, the rest as they say is history.

The basic designs are more or less the same as the original Space Ninja Fleet, but with new square wings and a more boxy head for the combined robot, but the combining features, weapons and posing options are pretty much identical. 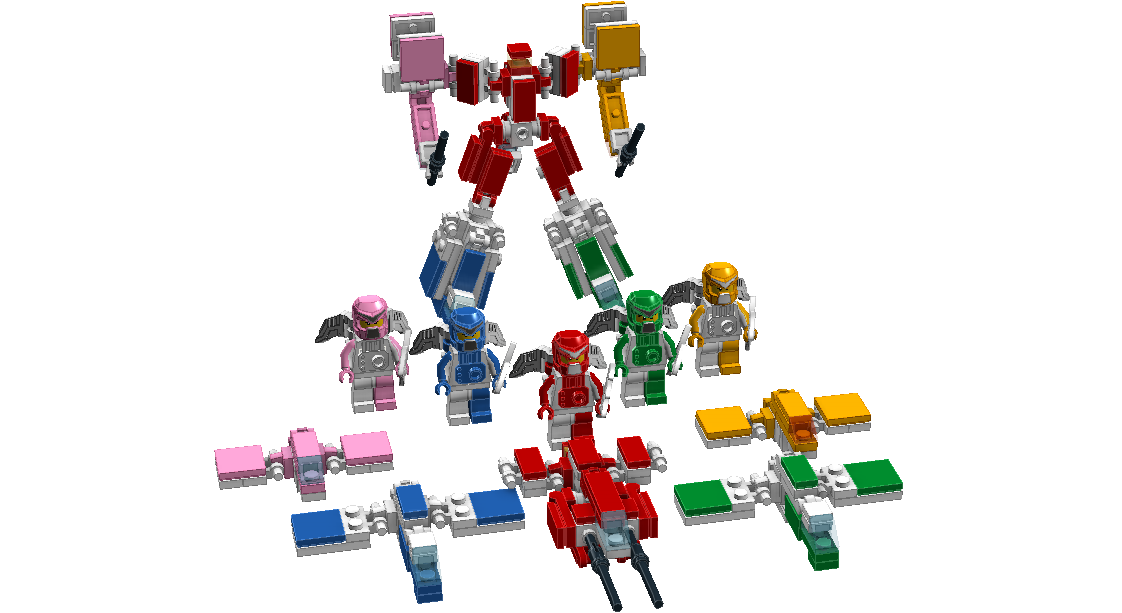 (Please note while there are clearly similarities between this concept and "Power Rangers" I am NOT pitching "Power Rangers" as a Cuusoo project, the emphasis here is on the combination concept only and the minifigs could be omitted if LEGO felt copyright issues might exist). 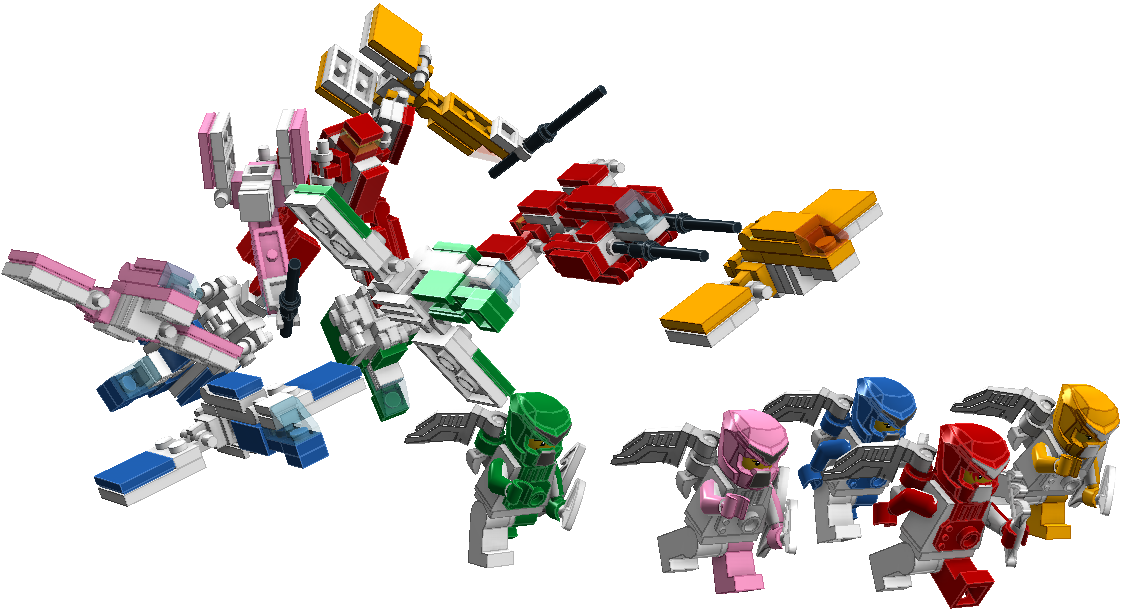 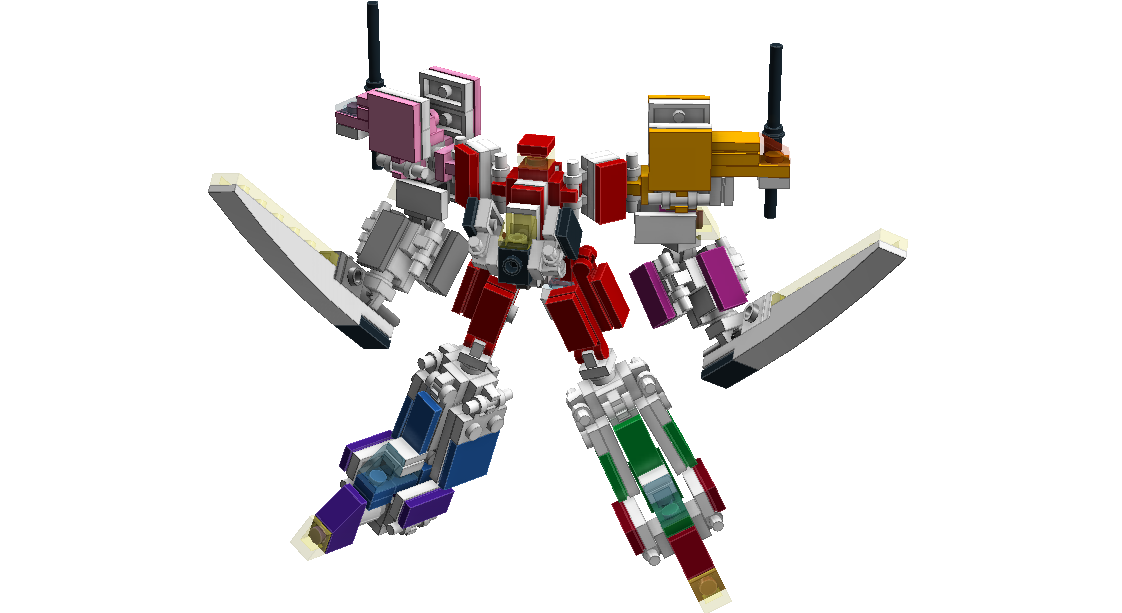 Prototype Reinforcements. Five new pilots and vehicles that can be added to any combined 5 piece Combinators set to give it a super mode. 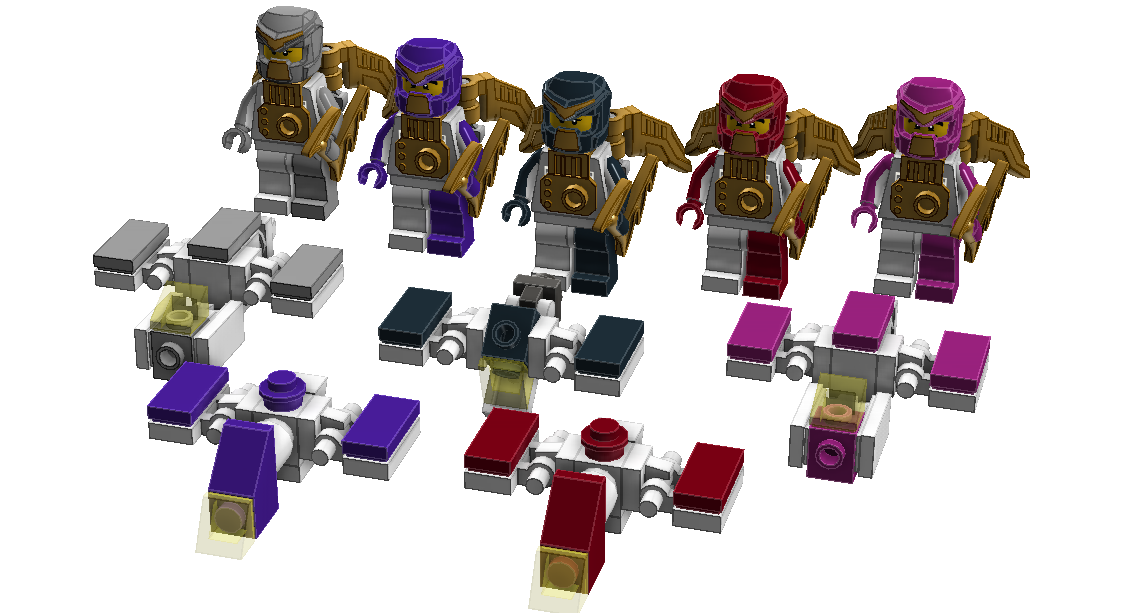