By thedoctor07
9 comments
On the 24th of July in 2008 Dc comics and warner brothers released their block buster film Batman The Dark Knight which has quickly became one of the greatest superhero movies of all time! this film is the second part of Christopher Nolan's Batman film series and a sequel to 2005's Batman Begins. The dark knight film received eight Academy Award nominations and it won the award for Best Sound Editing and Heath Ledger was posthumously awarded Best Supporting Actor because of his amazing portrayal of the clown prince of crime the joker. the film is also the 17th-highest-grossing film of all time with over $1 billion in revenue worldwide! This build is a representation of the chase scene that appears in the feature film the dark knight. in this scene Bruce Wayne plans to reveal his identity to the world to stop the joker killing innocent people, but Harvey Dent instead names himself as Batman to protect the truth. Harvey is then taken into protective custody and pursued by the Joker across Gotham city when the real Batman rushes to Dent's aid. I used reference pictures that I found on Google as well as some screen shots from the movie its self to stay as true to the movies design as possible in Lego form.

This model has up to 800 pieces and contains 6 mini-figs! and the price of this set would be approximately £45-£50.

The set includes the jokers large truck, the bat pod, a Gotham City Police Department armoured truck and a small street with lamps and leavers. 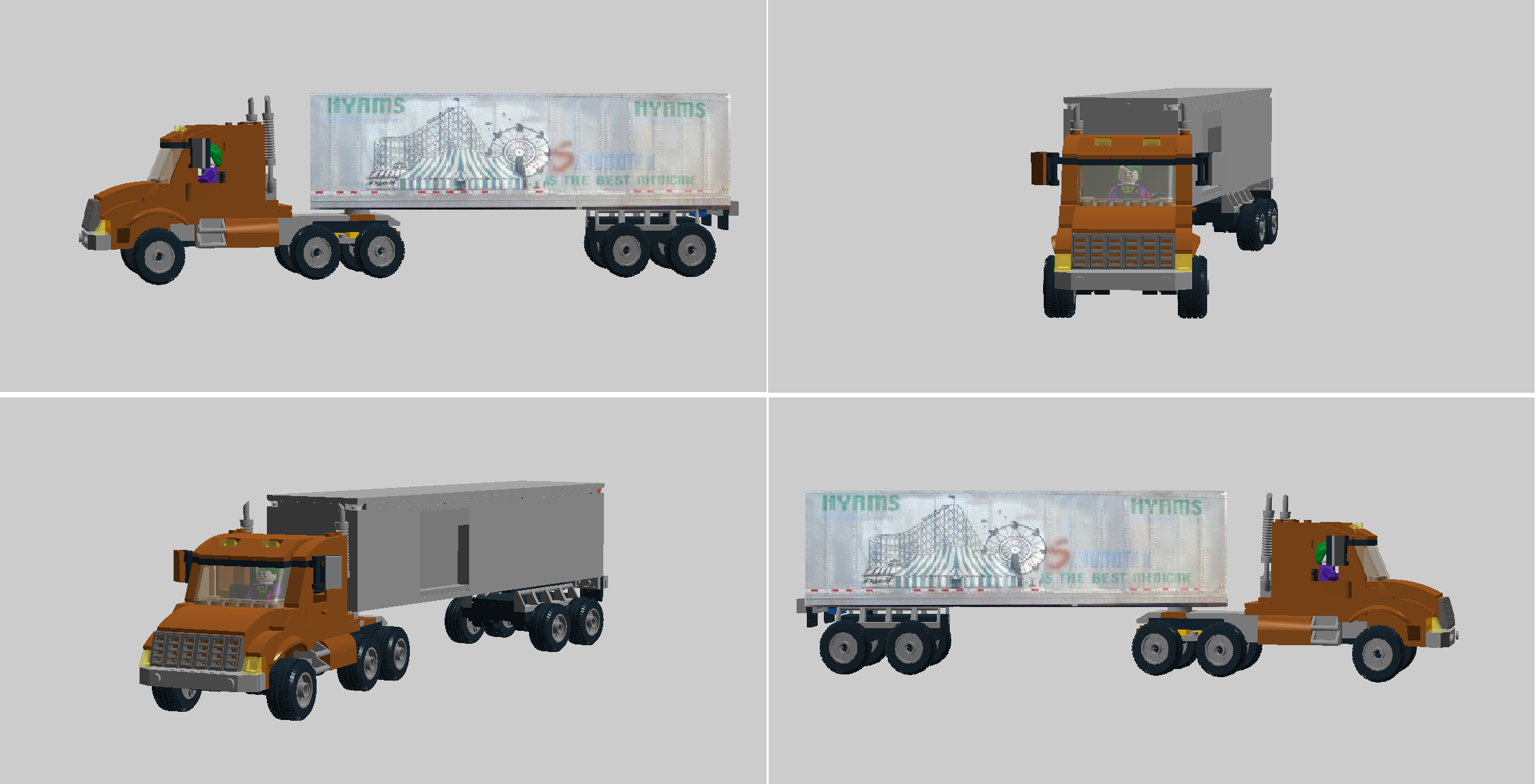 The jokers truck has the large carnival printing on the side of it and features sliding doors on each side of the trailer for joker and his goons to attack the armoured truck and batman. it also has a large cab which can fit two people inside it or just joker. the trailer is completely hollow to allow joker to store his many weapons or his gang can hang around in it as a means of transportation. 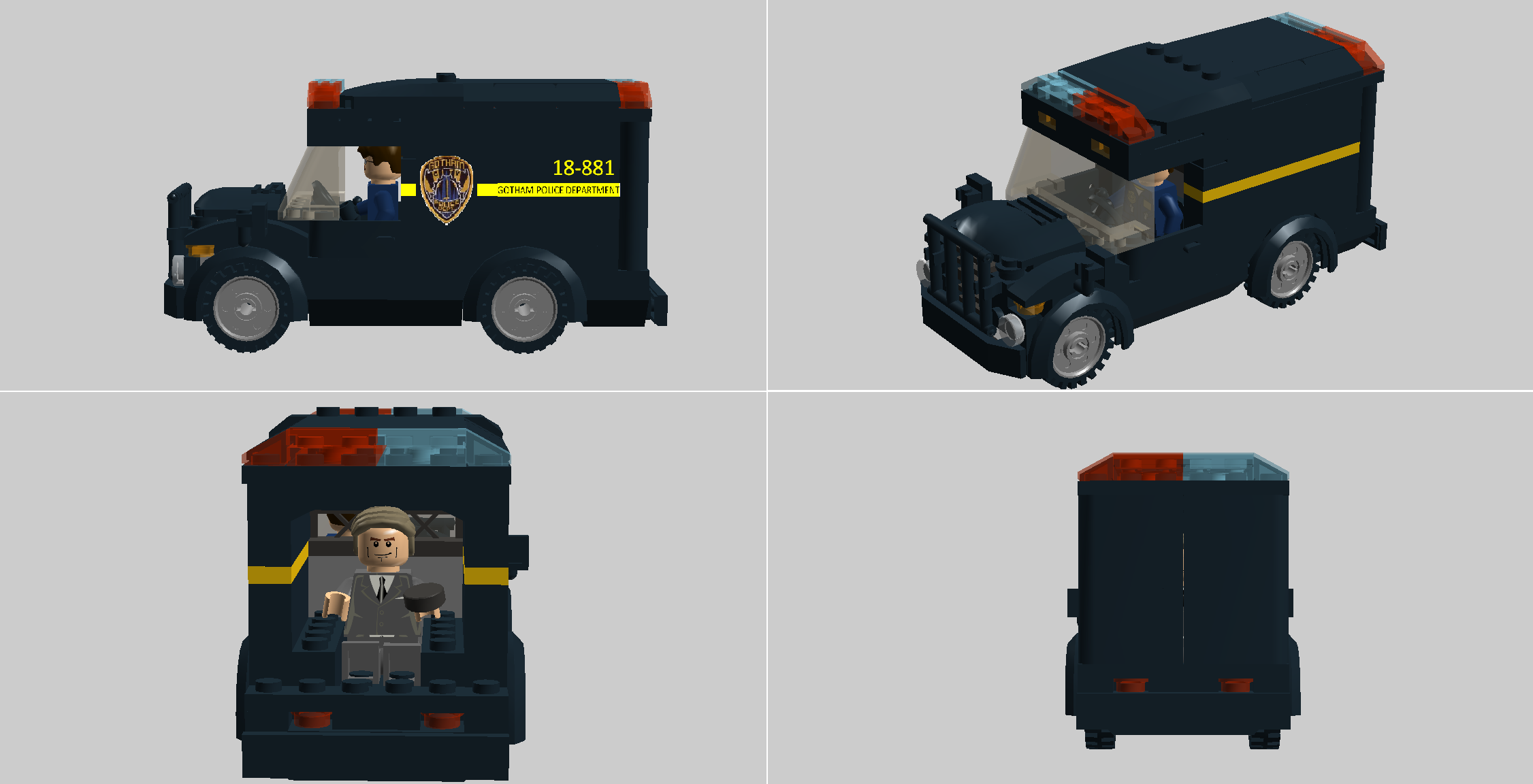 the Gotham city's armoured police truck features a cell in the back for Harvey to be placed in like the movie and the roof is removable as well as a small drivers cab for a police officer or Commissioner Jim Gordon to sit in and try to evade the jokers deadly circus truck. 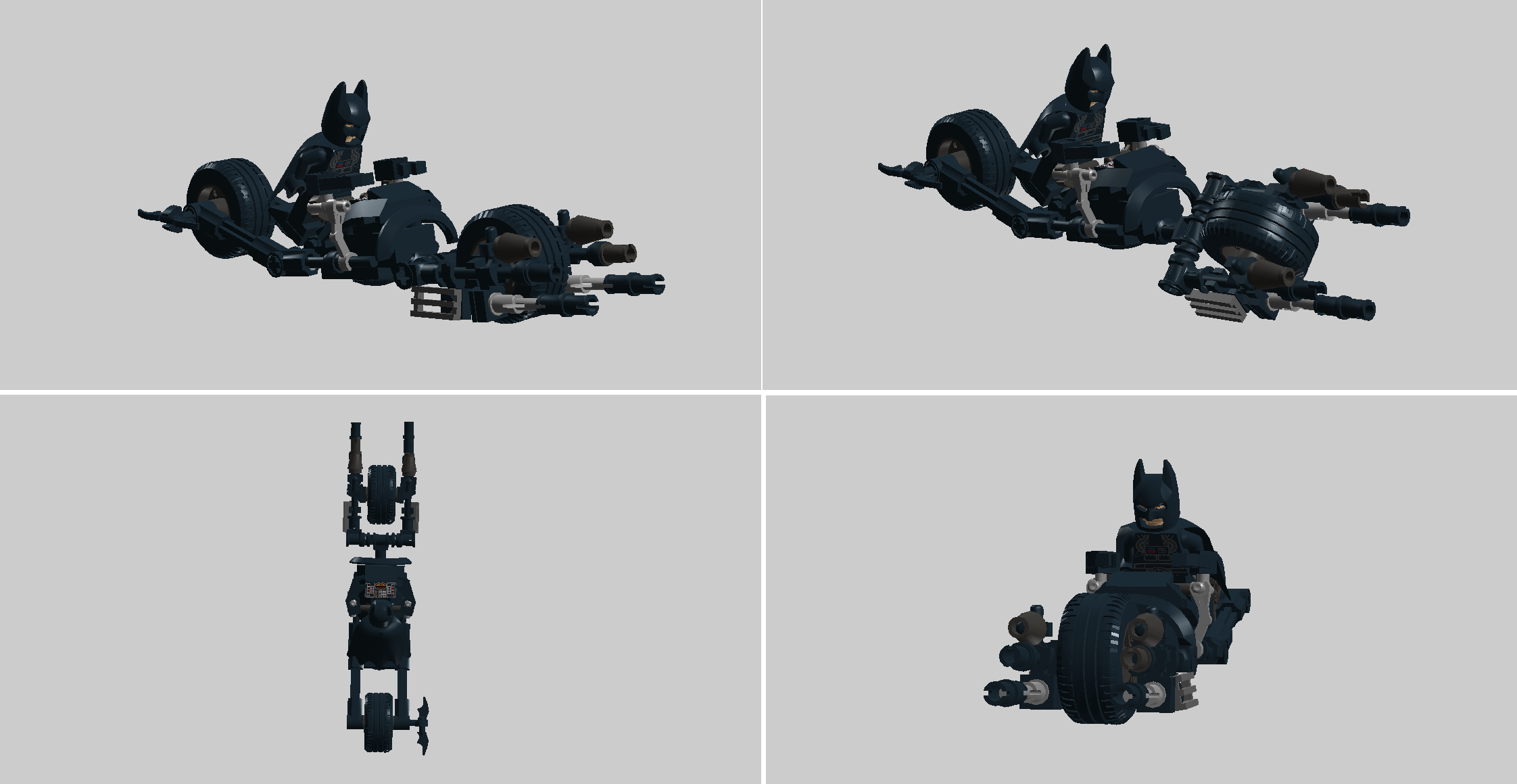 the bat pod features a holder for batman's batarang or his grapnel gun, grips for batman to hold on to the bike as well as a small seat for batman to stand on, the front wheel can also rotate from side to side as seen in the movie and it features the two forward cannons and a grapple cannon on the front as well and a small computer from the tumblers control panel which batman is using to track the joker as he try's to save Harvey dent.

Another one of the features is that the police armoured truck, bat pod or jokers truck can be tipped over with the help of the levers on the path.

another play feature is so that you can recreate the scene from the movie where batman is facing off with joker and the bat pod front wheel spins round to let him face joker . as seen above

and the final play feature is that the bat pod can also connect the cables to the front of jokers tuck then weave through the lamp posts and flip his truck.