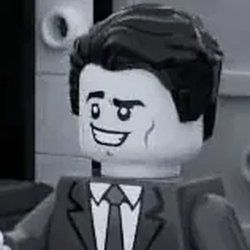 Onward by Disney Pixar
Onward is an American computer-animated urban fantasy-adventure film produced by Walt Disney Pictures and Pixar Animation Studios in 2020. The movie is about 2 teenage elf brothers who get an unexpected opportunity to spend one more day with their late dad, embarking on an extraordinary quest aboard Barley's van, Guinevere. I have watched this masterpiece in TV lately, it is really cool( the story, the characters, everything) so I made my own LEGO version, I hope you will like it.
My idea contains:
- Guinevere (the van), the right side is openable
- Ian, Barley and Dad minifigures
- magic
Thank you for checking out my project!
118
318
days left