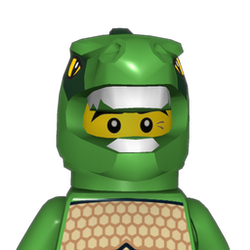 This is my second LEGO ideas project. I managed to create it only thanks to LEGO parts which LEGO service sent to me! The set is called Bluecoats Soldiers Arsenal. It is based on 8396 set (2009) but I added a base plate as the Cheetah’s walking throne 70141 set. And also bluecoats’ large and nice flag to raise it up in the morning.  We can see only a hairpiece on the soldier’s head but there are 3 hats to choose from and a wig: a private’s hat and brown epaulets, an officer’s three cornered hat and red epaulets – after career promotion, and an admiral’s hat and white epaulets. A wig and yellow epaulets when he becomes a governor.  There are 2 cutlasses – silver and usual, a gun and a pistol. The silver cutlass is in the shoulder belt. There are 2 backpacks – brown and grey. Such a variety adds playability, the set can cost minimum so fans of all ages can buy a few to enrich their collection and thus have any mini figure – from a private to a governor.

I think this Set would definitely fit into the LEGO Pirates Collection, so keep supporting this project and we'll be able to make it into an official LEGO set!  But don't forget to share              " Bluecoats Soldiers Arsenal” with your friends too via Facebook, Google+ and Twitter! But  “Pirate Battle Island" is my main project so please support it and share, too.  You can find it here:   https://ideas.lego.com/projects/101720