LEGO for the Masses 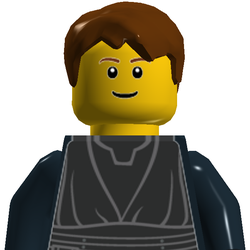 This model is inspired by music video of “Strangelove” which is a part of album „Music for the masses” (released in 1987). I made this project for its 30th anniversary. I would like to honor band members’ hard work with this set. I think that there are lots of fans that would love to have such set in their collection. It is the 2nd generation, which is fascinated with Depeche Mode’s songs. But they can not only listen to their music. They can also have fun with such LEGO set. That is why I chose the name: “LEGO for the masses”.

There are 6 minifigures in this set:

There are few symbols that are connected with the band. The most important is Martin Gore’s figure with lamp. He lights the plate with date (1987) when “Music for the masses” was released, and also the golden disc that Depeche Mode got for this album.

Front side of the building can remind you the Senate House where Depeche Mode made music video of “Strangelove”. The 1st floor contains few elements of furniture from the Senate House. On the other floors you can see symbols and items that are connected with Depeche Mode: