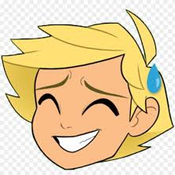 By Lytanathan
12 comments
Fans of Miraculous: Tales of Ladybug and Chat Noir rejoice! You too can be the proud owner of the Tom & Sabine Boulangerie/Pattiserie, secretly home to the legendary Ladybug herself! This is a must-have for any dedicated Miraculous fan, and even those who aren't familiar with the show can still add it to their Lego cities... I did my best to design it in such a way that it fits alongside the Modular Building line. (The baseplate/sidewalk isn't exactly a match, but that's an easy fix. It has two peg-connectors on the back wall so you can connect it to the other buildings sideways at the end of the block, similar to how the building is positioned in the show) The modular design and separable floors make it easy to display, and easy for play.
I discovered Miraculous in January 2019, just after Season 3 began airing, and was immediately hooked. Having been a Lego fan since I was a child in the 90's, I began replicating elements from the show in brick form. However, my attempts at building the bakery never came out right... I just didn't have the right elements in my collection to make it work. So, I have constructed it digitally instead.
I have taken some small liberties with the design, most notably I left out the second floor in it's entirety. The only part of the second floor we have actually seen in-show as of this time is the stairwell, so we have no visual reference as to the layout of the rest of the floor. (supposedly the parents' bedroom and a bathroom) Other benefits to leaving out the second floor include reducing the cost of the set and making it more affordable, and keeping it at roughly the same size as the Modular buildings. Admittedly it does make the building look a little squat compared to the source material... Lego, if you decide to add the second floor back in, you have my blessing.
Ground Floor: The Bakery
- Baguettes, croissants, cookies, and such can be found on the counter-tops and in the display cabinets.
- Cash register for business transactions.
- Large oven for baking the goods, with a peel for sliding baked goods in and out of the oven.
- Interior and exterior access to stairwell at the back of the building.
- Note: I built this using Lego Digital Designer, which is no longer being supported by Lego and lacks certain newer pieces. If I had access to them, I would have used the brick-textured 1x2 and 1x4 blocks for the exterior walls... The side with the smaller brick design would have been on the inside face; towards the baking area. I would have also included a sack or two for flour.
Second (Third) Floor: The Apartment
- Kitchen contains refrigerator, oven, sink, toaster.
- Living room features a sectional couch, TV, coffee table, bookshelf, lamp.
- Steep staircase for access to attic bedroom.
- Note: I built this using Lego Digital Designer, which is no longer being supported by Lego and lacks certain newer pieces. My intent was to have the windows be similar in design to those featured in the Bookshop set, but I did not have access to the half-circle window piece, so I had to improvise.
Attic: Marinette's Bedroom
- Roof walls fold down for easy access
- Trapdoor for access to and from the floor below.
- Loft bed, dresser, chaise lounge, sewing machine, dress form
Balcony
- Trapdoor access leads down to Marinette's bed
- Lawn chair, barrel table, flowerpots
- Roof surface could maybe use some more detailing; especially if displayed alongside Modular buildings.
Minifigures
- Obviously the set needs Tom, Sabine, and Marinette. Preferably it would also include Ladybug and Chat Noir. The minifigs shown were built using currently existing parts from my collection, but are not a perfect representation of the characters.
Contains roughly 1,200 bricks.
If you like this design, please support it and we can make Miraculous Lego a reality!