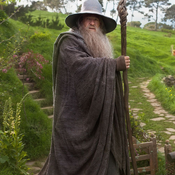 The set includes 3 structures and 4 minifigures.

Let's start with the structures:

The first one is number 3's cabin.

2. The cabin's door can be opened.

3. In the cabin there is a Loric chest, a torch and a bucket.

The second structure is a part of the jungle.

1. There is a tree and a mushroom.

2. There is a catapult on the rocks.

3. The catapult can shoot Lego minifigures and stones.

The third structure is the rest of the jungle and the river.

1. There are stairs leading toward a broken bridge.

2. There is a lever near the bridge. When you pull the lever the bridge falls down into the river.

3. Under the stairs there is a little cave. In the cave there is a knife