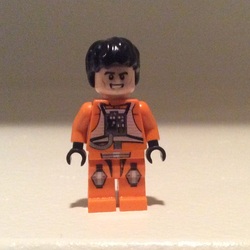 Hey everyone! This is a revised resubmission of my original project, the Dark Knight Vehicle Collection. All three vehicles have been revised and improved in every way I could. Here we go!

The Tumbler is in each of the three Dark Knight films. My version can fit two minifigures, and has two small cannons embedded in the front of the nose.
The Batpod appears in The Dark Knight and The Dark Knight Rises. It is an escape pod from the Tumbler, with powerful cannons and an EMP gun holder. My version has the two frontal cannons, wheels that can move up and down, and space that can seat one minifigure, lying down.
The Bat, unlike the other two vehicles, appears only in The Dark Knight Rises. My version has an opening cockpit, two machine guns, two missile launchers, and the space to fit two minifigures. That's a lot of twos! Oh, and before I forget, this one comes in BLACK, not light gray. Because we all know that Batman only works in black (and sometimes very, very dark grey).
Here are the minifigures:
Batman
Catwoman
Rha's Al Ghul
The Joker
Bane
Catwoman
Bruce Wayne in his spelunking suit
I want to thank everyone that supported my last project. You guys rock! Hopefully this one will catch more people's eyes, and we can make it to 10000 supporters!
Keep building
poedameron1331