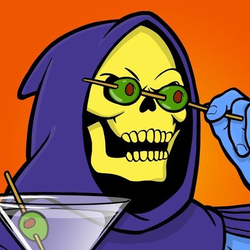 Merry Christmas!
I completed a seasonal version in red and green, and added a special rider.  Sharp observers may notice a different roofline, The San Francisco Cable Car system runs cars from its entire history, so I wanted to show some of the variety.
I've designed an iconic San Francisco Cable car with Powered Up functionality to run on LEGO track.
As a fan of both model railroading and the large Creator buildings, I was looking for some transit to add to the city block my sons and I have built.  Having grown up in the San Francisco Bay Area, and spending a lot of time in the city during college, I couldn't think of anything more perfect than the cable car.
Smaller than a full train and built with less than 500 pieces, the cable car makes a perfect entry into the world of LEGO trains.  I've included eight minifigures, a grip man (the cable car "driver,") a tourist family of four, and three San Francisco natives.
Including the power functions and building it with available bricks created some interesting challenges and compromises, but I have produced a model that captures the feel of the prototype cable car sure to be loved by minifigure tourists worldwide!
61
447
days left