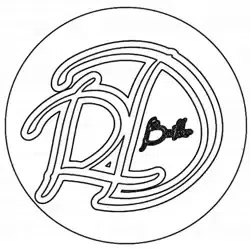 The Men in Black was founded in the U.S. in the mid-1950s and began as a small and poorly funded government organization devoted to making contact with extraterrestrial life. They were initially seen as a joke, but did make contact with a group of alien refugees on March 2, 1961, outside New York City.

It was decided to make Earth an apolitical zone for aliens without a planet, and the organization broke its government ties to become the Men in Black, which became the singular force to conceal and police the aliens that came to Earth. The founding members were the 7 agents present at the landing, plus an amateur astronomer and a young man who got lost going to see his girlfriend. This last one became «K», and one of the agents became his partner «D». The MiB has continued since then, with «Zed» as its senior agent, to protect the normal citizens of Earth from alien threats and police extraterrestrial immigrants, with notable members including «B», «J», and «L».

After joining, all MiB agents sever every tie with their former lives, along with having all traces of their identity erased. but these lives may be restored upon retirement, wherein they are neuralyzed and their memories of MiB erased. All agents dress in black business suits with Rayban sunglasses, and have access to a wide array of alien technologies for their missions. Note that not every member is a human - several aliens are part of the staff (or are just hanging around in headquarters).

The MiB are supported by the patents they hold on various confiscated alien innovations, including liposuction and velcro. Their standard operating day is based on Centaurian time, which lasts 37 hours, 16 of which an agent must spend on duty. MiB Headquarters is located at 504 Battery Drive in New York City

I am disappointed that there are no sets for this film. I decided to recreate the car from this film with the ability to transformin my set there are also the main characters of this film: agents «J» and «K». Hope this kit will see the green light. This set will perfectly complement the collection of fans of the film.

The kit includes:
1)Car model.
2)Stand for minifigures.
3)Agent «K», Agent «J».
4)Parts for transforming a car.
The kit consists of 680 parts.
I hope you support my project, because this film requires a set!

>>10 000 votes can make this project a Lego set! It's free to support, so go hit the "support" button. Please share on social media using the tag #LEGOMENINBLACK!<<