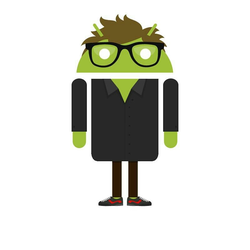 How it all started

When I got my first Space police set ("The K9 Bot"), I thought he needed a ship, but I didn't had enough money to buy one. So I decided to make one. Just a month ago I found it on my shelf. I quite liked it the way it was, but it missed something. Then I made and larger added a upper wing. Now I decided to share it with you and I hope you enjoy it as much as I do.

Well, most importantly, it's a SPACESHIP!!! The ship is powered by two main jets, capable of flying almost at the speed of light (0,9 times), two jets which are used to get the spaceship building up a starting speed and three mini-jets to make it take off like a helicopter. At the two side are two ion cannons to protect the galaxy and the spaceship itself an in the cockpit you will find a console indicating all sorts of things. On the back there are two standard wave 1 Space Police guns. And it even has landing gear, which unfortunatly sticks out a bit

The inspiration of this ship came from my bare head and the pieces of LEGO. I thought it would be different to use those pieces normaly used on the back of a helicopter as actual wings and I found some pieces that would look great as cannons. I also found a blue car window which was lower then the normal black one and it blended in with the Space Police series.

Well first of all its quite strong, I think you can let children play with it easily. But its also very detailed and has a lot of thought behind the functions which makes it seem futuristic but also realistic. And I think i didn't build it with illegal LEGO techniques.

Why should I support this project?

My guess of the survey

I think the set willl cost arround 30 euros (I think arround 20 dollars if I'm right). People will buy only one set and I think it will appeal most to children and adult men. And it is an easy build, there are only on the side tiles sideways and some upside down tiles.