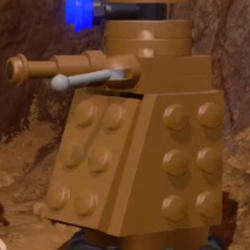 This is my very first project and it is called the "Freight Loco". This diesel-electric locomotive is suitable for any Lego trains layout or if you just want a Lego locomotive! It is in a bright yellow livery with red lining and grey buffers and axles.

This set has a variety features which makes the locomotive more interesting! On each side there is a small mailbox where you can post a last minute letter onto the train. Usually a mailbox is on a passenger carriage, but I thought it would be a cool idea to put it on the loco instead.

The loco has two cabs which can open and both have seats inside so the engineer can drive in style! The engineer minifigure is included and comes dressed in orange overalls and is ready to drive the locomotive to wherever it needs to be.

At the front of locomotive at each end there are headlights made out of studs. You can rearrange these however you wish because the cab piece has technic holes as well as the 1 x 4 brick. If this set was made I would include extra studs so people could customize the model to their needs. The set would also include two 1 x 4 "Legoland" bricks. The two 1 x 4 technic bricks could be swapped out for these as demonstrated in the pictures above.

The roof is also removable and reveals an engine room with a dial as well as hidden tools! You can also remove the side panel as seen in the pictures so you can visit the engine room and pick up some tools and equipment. A variety of railway equipment is included with a shovel, wrench, buzzsaw, pickaxe, suitcase and walkie-talkie!

The loco is a diesel engine because of the roof-vents, but if you feel like you want an electric locomotive then no problem! The set includes a pantograph and if you remove the vents, it looks ready to roll on electric power!

I hope you've enjoyed looking at my project. If you need wagons delivered to your city, then the "Freight Loco" is perfect for you! Even if you don't carry freight, you might need a rescue locomotive to help save Emerald Night!

Thank you for looking.