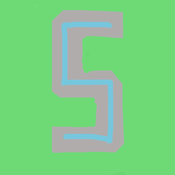 It’s time to Release the Kraken!

This project is a small, simple set based around a Sailor and the Kraken he has released. The colours of the kraken and the sailor are based on the similar characters on the show Shaun Macallef’s Mad as Hall, and the bit they are from also gives the set it’s name.

The Kraken is built similarly to a Mixel, with a heavy use of the smaller ball joints for its 7 tentacles. Each one has 4 sections, so they are very flexible, allowing you to make lots of different poses with it. The colour scheme is from the show, and gives it a nice cartoony look. The sailor is simple but effective, and holding a trident which he can use to RELEASE THE KRAKEN!

I’m very proud of this little set and hope you will support my project. To 10,000!