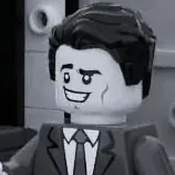 Shakes & Fidget
Shakes & Fidget is a fantasy-themed satirical 2D MMORPG that combines typical RPG features such as quests, dungeons, mounts, crafting with humor and sarcasm in a cartoony visual novel style game. I have played a lot with this game( I had at least 12 characters on different servers) so I have decided to make it from Lego, I hope you will like it.
My idea contains:
- the tavern's building, including the magical toilet
- the weapon and magic shop (with the witch's cauldron)
- the guild house and the city gate
- the tavern's staff, Shakes & Fidget minifigures
- the 3 classic heroes(the warrior, the mage and the scout) and a new one (the druid), so
it's like an RPG party of 4
- fun