The Robot from 'Lost in Space' 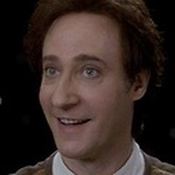 This is my Lego version of the B9 Robot from the 60s Sci-Fi TV show 'Lost in Space'.  I have provided images showing the front (main image), back (second image from the left on the top row), side (bottom row, far left) and base (top row, middle)

I've added plenty of features into him to provide the best experience I could including:

This guy is one of the most memorable robots in Science Fiction (if you haven't already seen him, check out some videos of him!)

I can imagine him being used as a toy, but also for 'Lost in Space' fans as another model of this iconic character.

So enjoy the images and don't forget to support me!