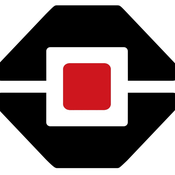 From 2001: A Space Odyssey, comes HAL 9000! HAL has finally reached the stars, in Lego! This project was inspired by the movie 2001: A Space Odyssey. The Lego version of HAL 9000 can rotate on his base every five seconds giving the sensation that it is awake. When prompted by the press of the button on top of HAL, it will recite quotes from the actual movie! There are ten different quotes all recorded from the real film.

HAL 9000 has taken a few tries and I have finally gotten it right, I hope you will support this project and give everyone a chance to own a live size working HAL 9000.

Credit is given to Stanley Kubrick, the producer of the film,  and Arthur C. Clarke for designing the original HAL.