In 1966 Batman: The Movie was released based on the hit 60's Batman television series, and was also a landmark for dc comics as it was their first full-length theatrical adaptation of Batman and it has also became one of the greatest superhero movies of all time! [no matter how ridiculous it got].It was released by 20th Century Fox and starred Adam West as Batman and Burt Ward as Robin as well as most of the cast from the TV series.

This build is a representation of the the 3 bat vehicles that appears in the 1960's batman movie as well as in the 60's TV series. I used reference pictures that I found on Google as well as some screen shots from the movie to stay as true to the movies design as possible in Lego form.


If you love DC comics or warner brothers superhero movies please support this project. and my other projects 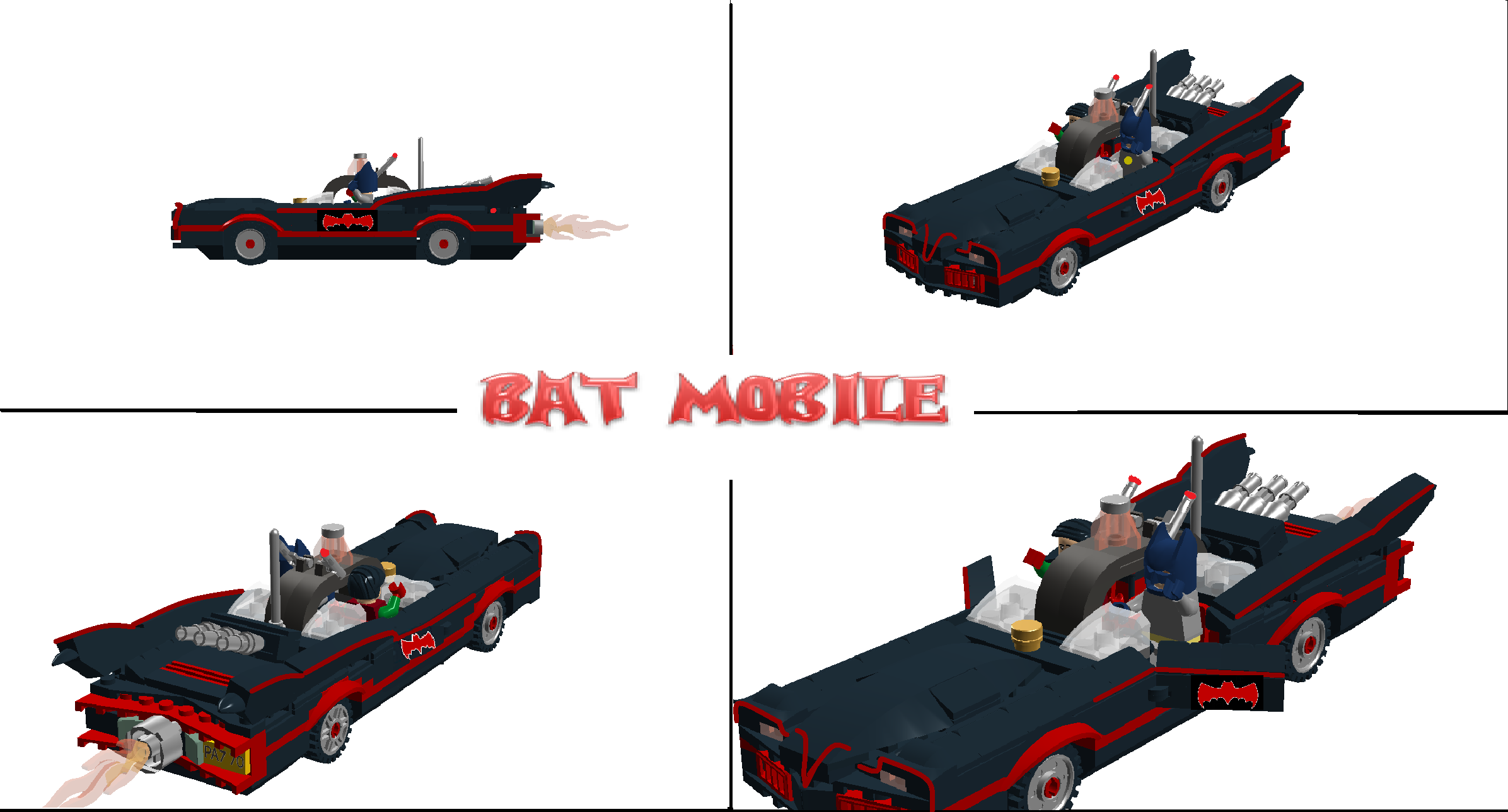 The batmobile has space for both batman and robin in front and a batarang with them and the bat phone to recreate different scenarios from the movie and the TV series with different details from the series such as the bat extinguisher, bat sonar, opening doors and the large antenna on back. 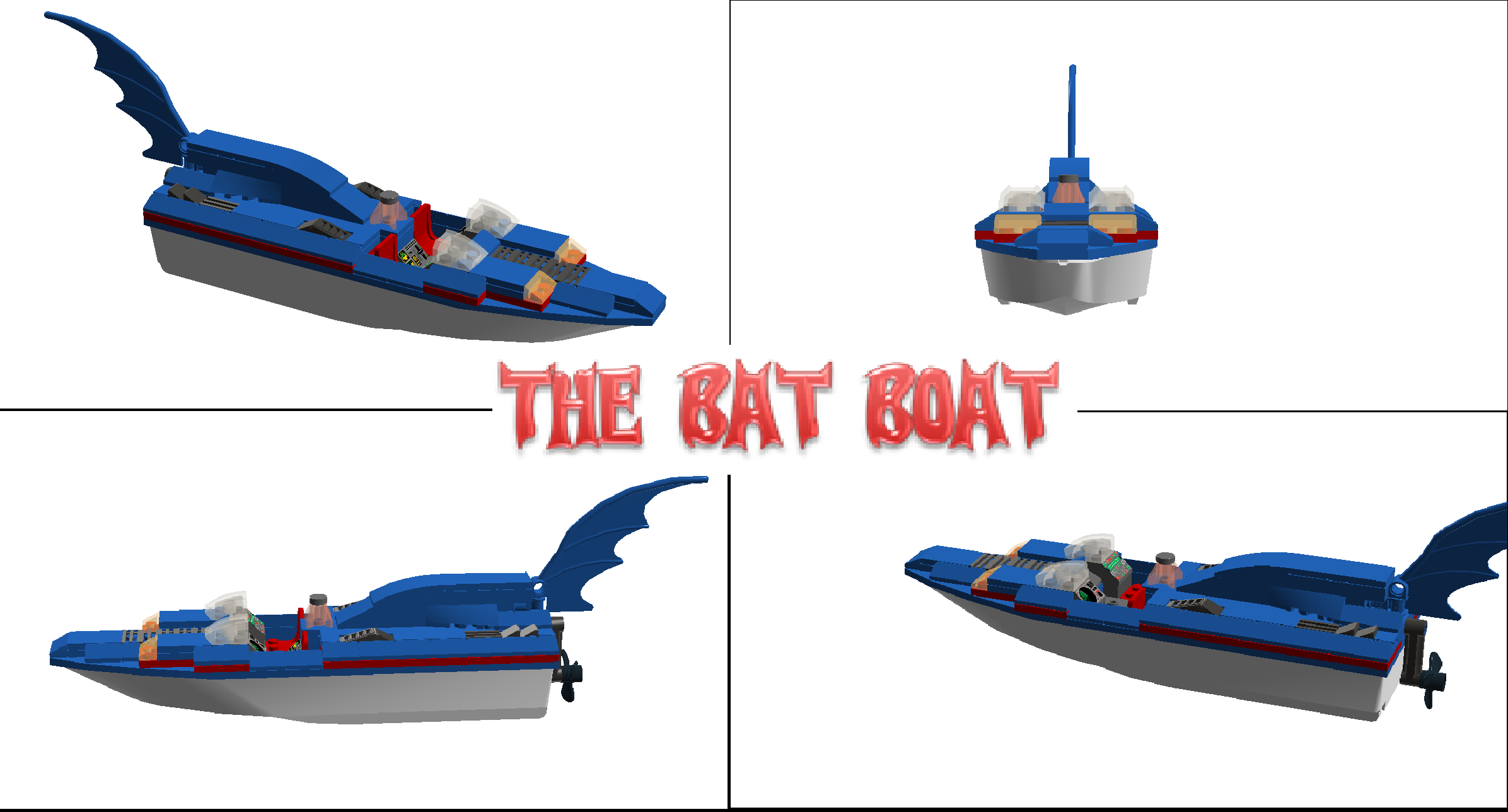 The bat boat features a spinning propeller, the boat has space for both batman and robin in front and 2 batarangs with them and the bat sonar gun to recreate different scenarios from the movie and the TV series. 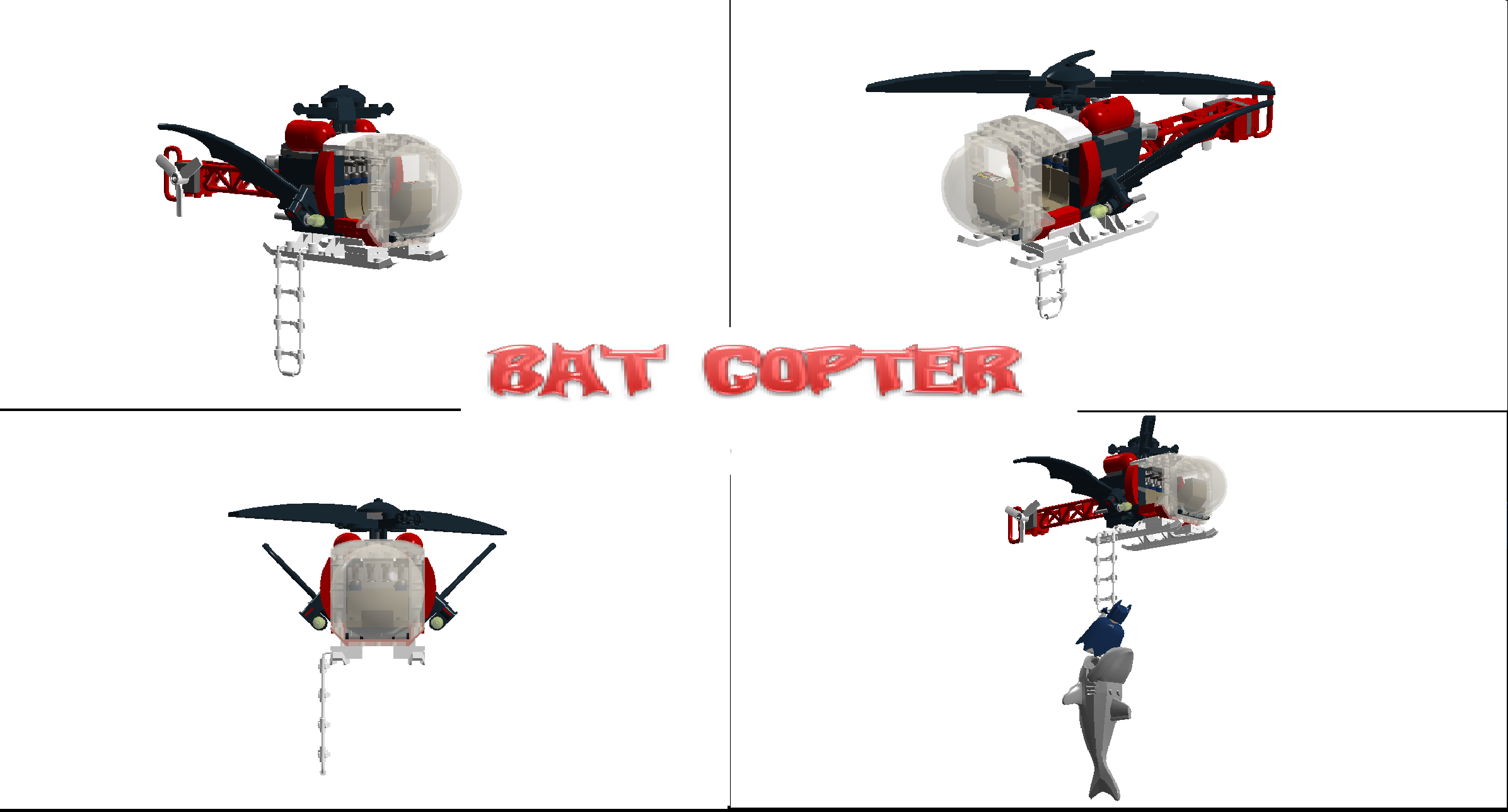 The bat copter features a spinning rotor blade and 2 flick fire missiles, the copter has space for both batman and robin in front and 2 batarangs with them and the shark-repellent Bat spray to recreate different scenarios from the movie and the TV series.

The play features of the submarine included in this model is:

-the batmobile's door open on each side
-Another play feature is the rope ladder can be lowered down and batman can be put at the bottom to recreate the scene from the movie where the exploding shark bites batman's leg and batman has to shout up to robin "Hand down the shark-repellent Bat spray!"
-The bat copter also has 2 flick fire missiles on it, one on each side.
-the finnal play feature is that the bat boat floats as well