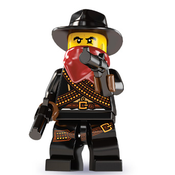 By Samurai72
1 comment
This is an idea of what Voltron could look like in the lego series it would be nice if the pilots could sit in their proper places but L am limited to the confines of LDD.

A popular show in the 1980s to 90s was voltron. Anyone who lived through the 90s knows that this show was about people who flew multi colored lions that together formed a giant robot that protected the universe from alians. Who did not love this show? Voltron is once again a popular show on network TV so a series like this would be very popular. Stay tuned for more pics and info.

The idea behind the series would be five sets one for each lion after you bought all five you could combine them to make Voltron. Of course there would also be enemies to buy as well. Please comment if if you would like to see one of these models made out of bricks. Also if you like this idea and would like to see it made please help spread the word.