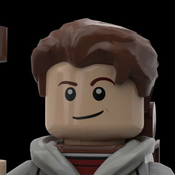 EXTRA! EXTRA! READ ALL ABOUT IT!

Packed with rooms and functions, this HERMES SY5000 SUPERYACHT is the ultimate boat for your next cruise. Equipped with a fire pit, diving board, jetski garage, and much, much more this is the luxury workhorse of the seas.

When you first board the superyacht, you are first greeted by a luxurious sundeck on the top of the ship. This sundeck boasts a stand-up counter, a fire pit, 4 couches, and 2 recliner chairs. Additionally, above the deck, there is a tower that holds a radar bar, two radar domes, a radio antenna, a satellite antenna, and a light pole. To exit the sundeck, there is a ladder to the pool deck that includes the bridge, the captain's quarters, and a stairwell to the 3rd floor.

The bridge of the yacht has 4 chairs, enough for Captain Jevonte, Rachel (the mom), Louis (the dad), and Johnny D. (The son) to sit around the conference table, watch TV, and eat breakfast. As you exit the bridge, there is a small room to your right with a sink, two beds, and a table. This is the captain’s quarters. At the aft (back) of the second level is a small pool/Jacuzzi that can hold up to 4 people. The gangway also doubles as a high-dive board for when the boat is anchored and when you just want to have fun.

If you begin to descend the stairwell, you will immediately notice a dark gray, cylindrical object. That is the Superyacht SY4509X Engine that powers the boat. As you go through the door to your right, you will see two rooms: a movie theater and a bathroom. The theater is equipped with a wet counter, a 72” inch screen, and a reclining couch that turns into a luxurious fold-out bed. In the bathroom, there is a toilet, a sink, and a shower. There is also a control that can dim the windows - yes, dim the windows! - so that you have privacy in the bathroom. The shower has touch controls and a motorized shower curtain.

In the next room, there is a kitchen and table. This kitchen is used to prepare meals and also doubles as a second sink and storage area for life preservation materials. On the opposite side of the room, a 6 - ft by 6 - ft table has 2 chairs, 2 TVs, and a footrest.

In the master bedroom, there is a king-size bed, an L - shaped TV, nightstand, and a dresser or bureau. A secondary door leads to the closet and ladder to the bow lounge deck. This deck has 2 lounge chairs, a small table, and a little light for SAR (Search and Rescue) that can be taken out from below the chairs. Additionally, there are auxiliary controls for the anchor to drop into the water. The ladder that leads to the bow deck can be attached to the side of the swimming deck as a sort of emergency gangway. Additionally, the entire boat is powered by one Class 5 hyperdrive for a maximum speed of 186,282.397 mph.