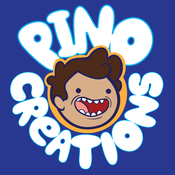 By pino_creations
41 comments
Return to Bikini Bottom with these highly detailed figurines from the world of SpongeBob SquarePants! Included in this set would be the title character along with his best companion Gary the snail and BFF Patrick Star.
All three characters are highly posable, allowing builders to position them in all kind of fun poses to reenact their favorite episodes.
The SpongeBob LEGO series was a dream come true back in 2006. To pay tribute to the sets that came before, SpongeBob includes the spinning eye function found in set 3826: Build a Bob.