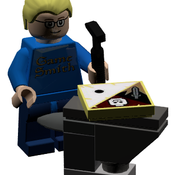 By GameSmith
1 comment
This is a new setting for the LEGO® Heroica™ world.
It is taking place in Balkhur Moors, which I imagine could be located north of Ilrion.

The story:
A vile creature known as The Swampthing has stolen a precious artifact.
The artifact is the little known Crystal of Resistance, it has the ability to protect anyone who carries it against poison.
Our 3 heroes, the sorceress, the warrior and the archer must set out to recover this precious artifact.
Little known to them, is the dangers that lurks in these dark moors. Poisonous frogs that will inhibit that ability to move fast, spiders that will attack anyone who gets in their range, giant snakes and last but not least, The Swampthing.
To make the journey even harder, magic living plants will do everything to block the path of the three brave adventureres. These plants can only be removed by a magic golden sword, which can be found in the moors. 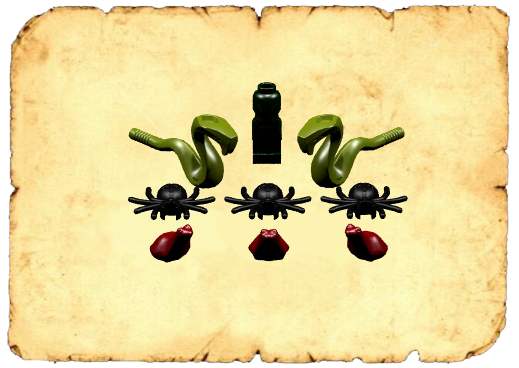 The monsters, starting from below:

Red poisonous frogs - Strength 1. If a player gets hit by one of these*, the player must take 1 green stud and place it on top of the Microfigure to indicate poison. When poisoned the player can only move one step each turn, it does not affect fighting abilities. This lasts until a bottle of antidote is used. Antidotes can be found throughout the moors. When the antidote is used, the green stud can be removed.
*Roll the die to see if poisoning is dodged. Skull means poisoned, skull+sword or Heroica means you're not poisoned.

Giant snakes - Strength 2. If a players get hit, the players must move back 2 steps in the direction he/she came from. 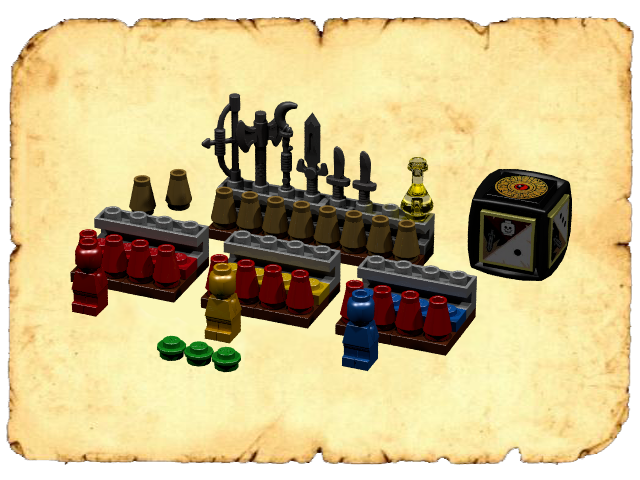 The standard objects for heroes.
The 3 green studs are used to indicate poisoning from the red poisonous frogs.

The warrior and archer could also come as females, it would bring more diversity into the world of Heroica.
The best option would be to include both male and female version of each class in the final set. 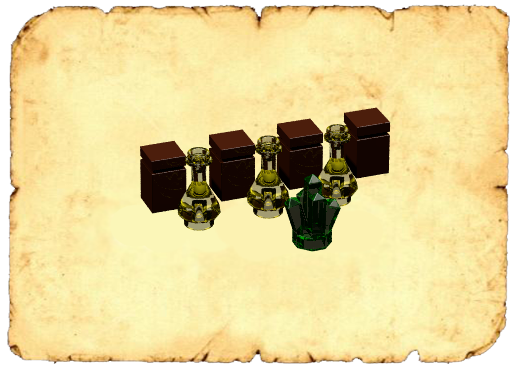 Items to be found throughout the moors.

The Crystal of Resistance
Bottles of antidote to be used if poisoned by the red poisonous frogs.
Treasure chests. 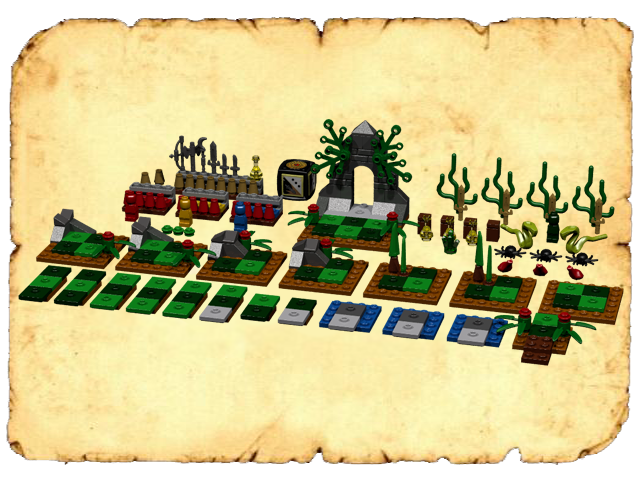 An overall view of all the sections, items, heroes and monsters in the moors.


I have uploaded the LDD file if anyone should want to get a closer look into my project.
Heroica Balkhur Moors LDD

Also, I would like to thank John Smith for some input when I first posted the initial idea on Facebook. He suggested that I made the boss monster a Swampthing and called the setting Balkhur Moors (my initial was Balkur Swamps, I forgot the 'h' in Balkhur when I posted it on Facebook).
Thank you very much John, you shouldn't be without credit for this one :)