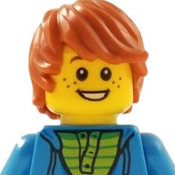 Starship, previously known as the BFR, is SpaceX’s fully reusable rocket project. Currently it’s being built and tested. It will be capable of transporting crew and cargo (100t) to orbit, Moon, Mars and beyond. The first Mars manned mission is planned for 2026.

This idea will make a great set because, if SpaceX actually launches people to Mars in a few years, making it the most important event of the decade, many people will like to have this set.