By Xendor
1 comment
This set is based on the computer game Star Wars the Old Republic. In this set, you are a Republic Trooper, and a new recruit for the Havoc Squad. You just found the location of a nuclear bomb, but when you return to base Lieutenant Jorgan tells you that the squad left without you. As you are discussing about the bomb, one of the monitors informs you that they have lost Havoc Squad's signal. You are then sent to make sure nothing is wrong. You have no idea how bad it is. When you get there, you find an Imperial shuttle, Imperial soldiers, a surprised Havoc Squad, and Zora's blaster at your back.

After Commander Tavus orders Zora to back down, he begins to explain the reason behind their betrayal. He accused the Republic for abandoning them on Ando Prime during a mission, and they sought to punish the Republic. He then states that he won't try to persuade you, hoping you will keep your ideals intact.

After being informed that it was time to go, Tavus tells a sergeant to give you a “warrior's death.” Under fire, you are forced to take cover and let Havoc Squad go.

As the shuttle lifts from the floor, Tavus states that it was an honor to have you in his squad. He then says his farewell, and the door closes behind him. The shuttle then flies away, as you are left to fight against the remaining Imperials. 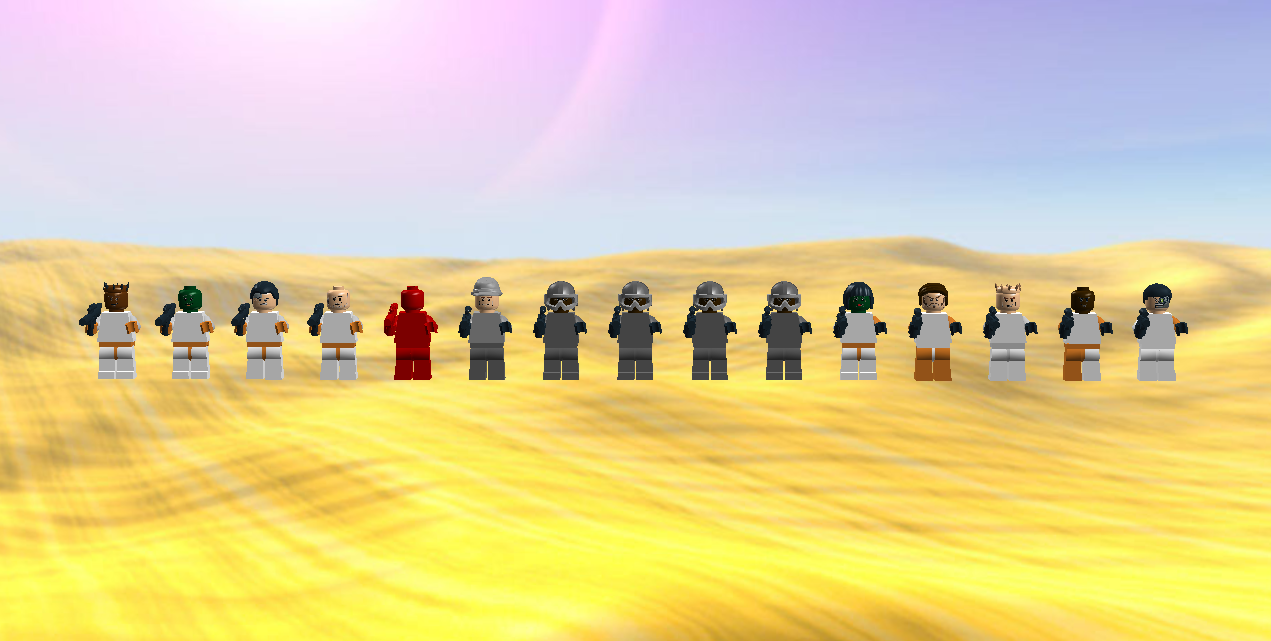 As with all the other sets, there are random species that you can play as. However, unlike the other classes, there are only four possible species. These are the four farthest to the left. From left to right, they are: a Male Zabrak, a Female Mirialan, a Male Cyborg, and a Male Human. There are also one Imperial Sergeant, four Imperial Soldiers, Zora, Tavus, Vanto Bazren, Bex Kolos, and Ryler Dorant. That would be eleven minifigures in each set.
I hope you like this set. If you see anywhere something I should improve, please do not hesitate to comment.
May the force be with you.