I have always been fascinated by heavy machinery and the equipment used to transport big machines. However, building these machines and transports with LEGO bricks can result in some really big models (see my 19-Axle Superheavy Transport Rig for an example of something big!).

If you drop the scale down, though, building these giants becomes reasonable. All of models presented in this project are based on an approximate scale of 1 stud = 2 feet (0.6 meters). At that scale, a semi tractor-trailer is about 4 studs wide, and even the largest heavy equipment can usually be represented with a width of 7 or 8 studs.

The main pictures shows all of the heavy haulers I have created. The very large rig in the back is a 32-axle, 400-ton suspension trailer, being pulled and pushed by a pair of Mack off-road M-series tractors. This behemoth is one of the largest tranport rigs used in the heavy hauling business. It is based on a Trail King TK400 suspension trailer. The trailer consists of 4 independently steerable axle groups and a giant suspension "bridge" from which the payload is hung on a set of steel rods. Two operators, one in front and one in the rear, steer the trailer as it maneuvers around obstacles. More pictures of this transport rig can be found on my MOCPages and Flickr pages.

The picture below is a Caterpillar 657 Wheel Tractor-Scraper being hauled on a heavy-duty lowloader. The lowloader trailer is hooked to a smaller "jeep trailer" to help spread the load on the tractor. The 657 scraper is one of the largest and most power machines built by Caterpillar. It weighs in at about 80 tons empty and over 130 tons when the scraper bowl is fully loaded. The dual-engine version boasts over 1,000 horsepower (a 600 HP engine in the tractor and a 450 HP engine in the scraper). More pictures of the scraper and its trailer can be found on my MOCPages and Flickr pages. If you visit either of those pages, you'll see that the scraper has a number of functional features, including articulated steering, pendular front suspension, and a working scraper bowl and apron. 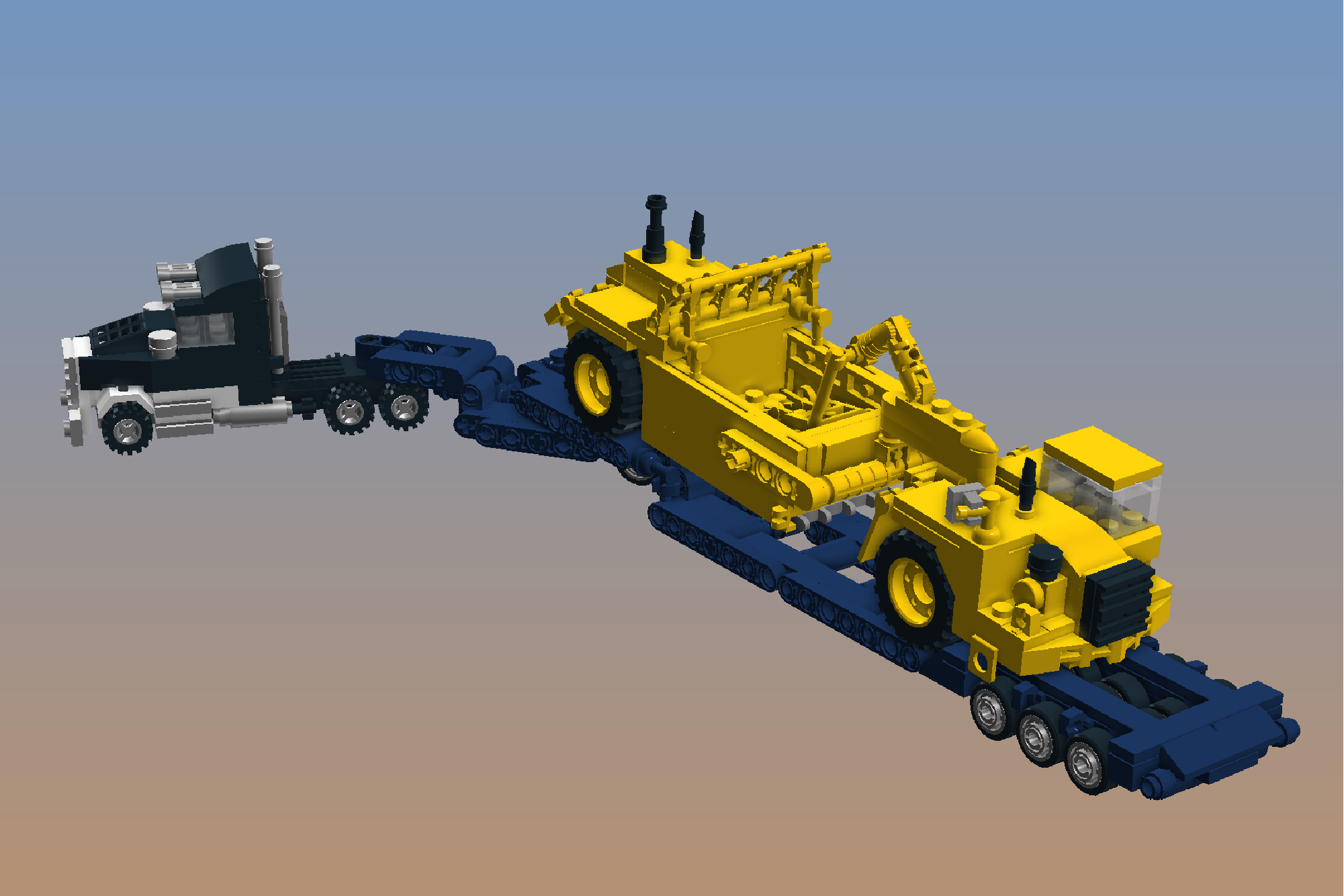 The next picture is a Cat D9 class bulldozer riding aboard a more typical lowloader. The D9 turned out to be a better fit at this scale than the larger D10 or D11 dozers because of its track width. More pictures of the dozer and its trailer can be found on my MOCPages and Flickr pages. 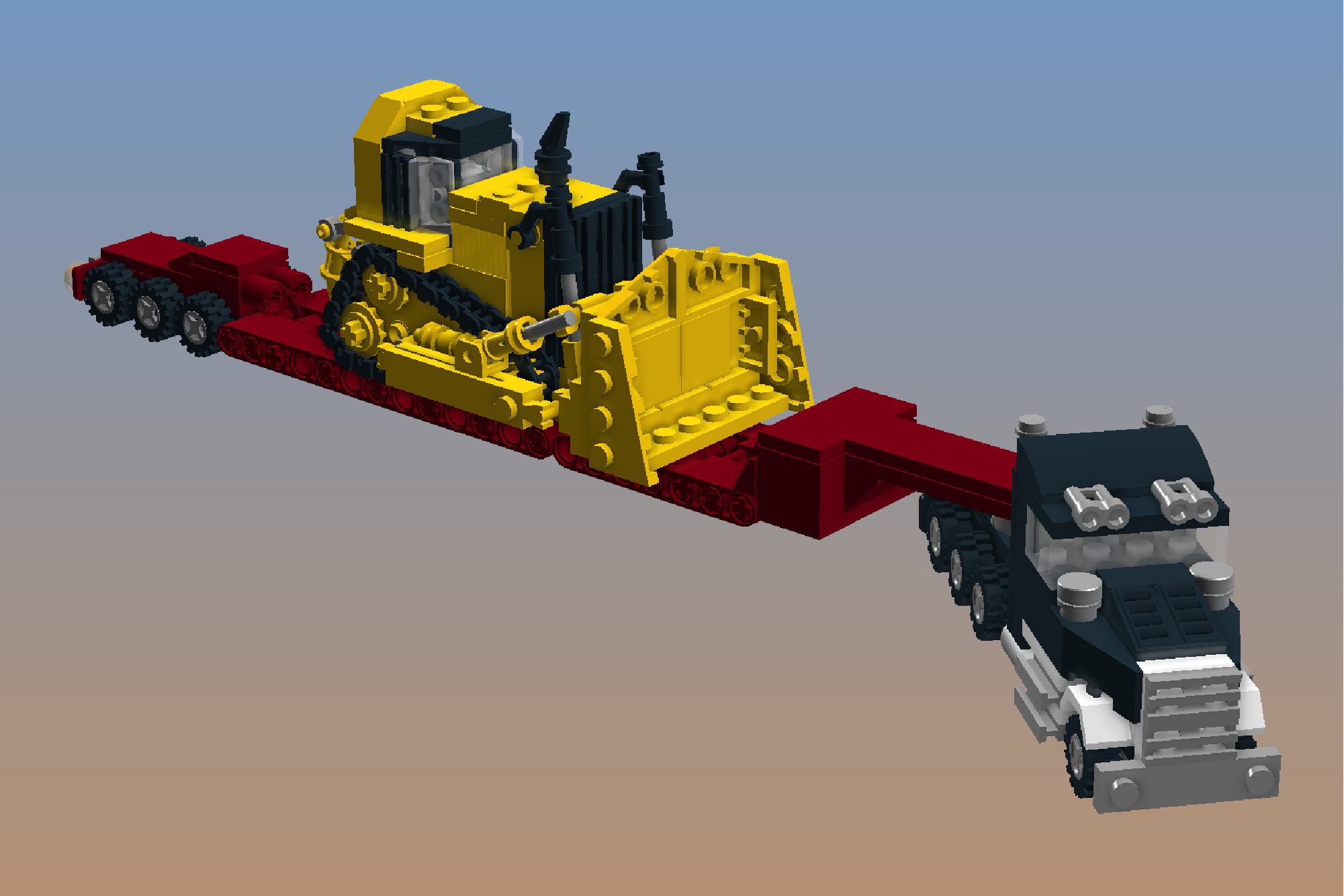 Below are a close-ups of the scraper and bulldozer. 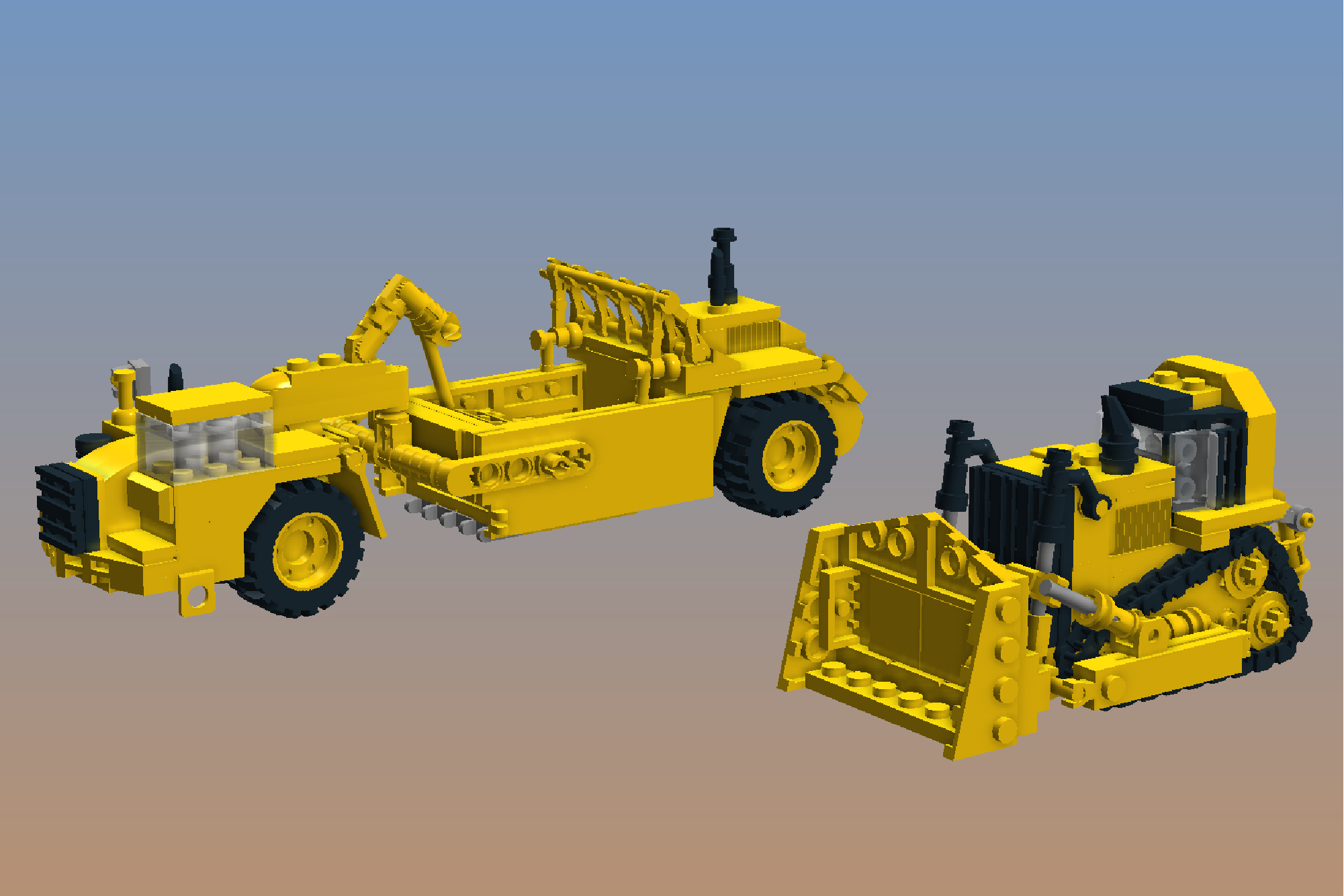 Finally, we have a picture of a 13-axle superheavy transport rig hauling a wind turbine nacelle. This rig is a "junior" version of the 19-axle rig from my other, minifig-scale idea. More pictures of this 13-axle rig can be found on my MOCPages and Flickr pages. 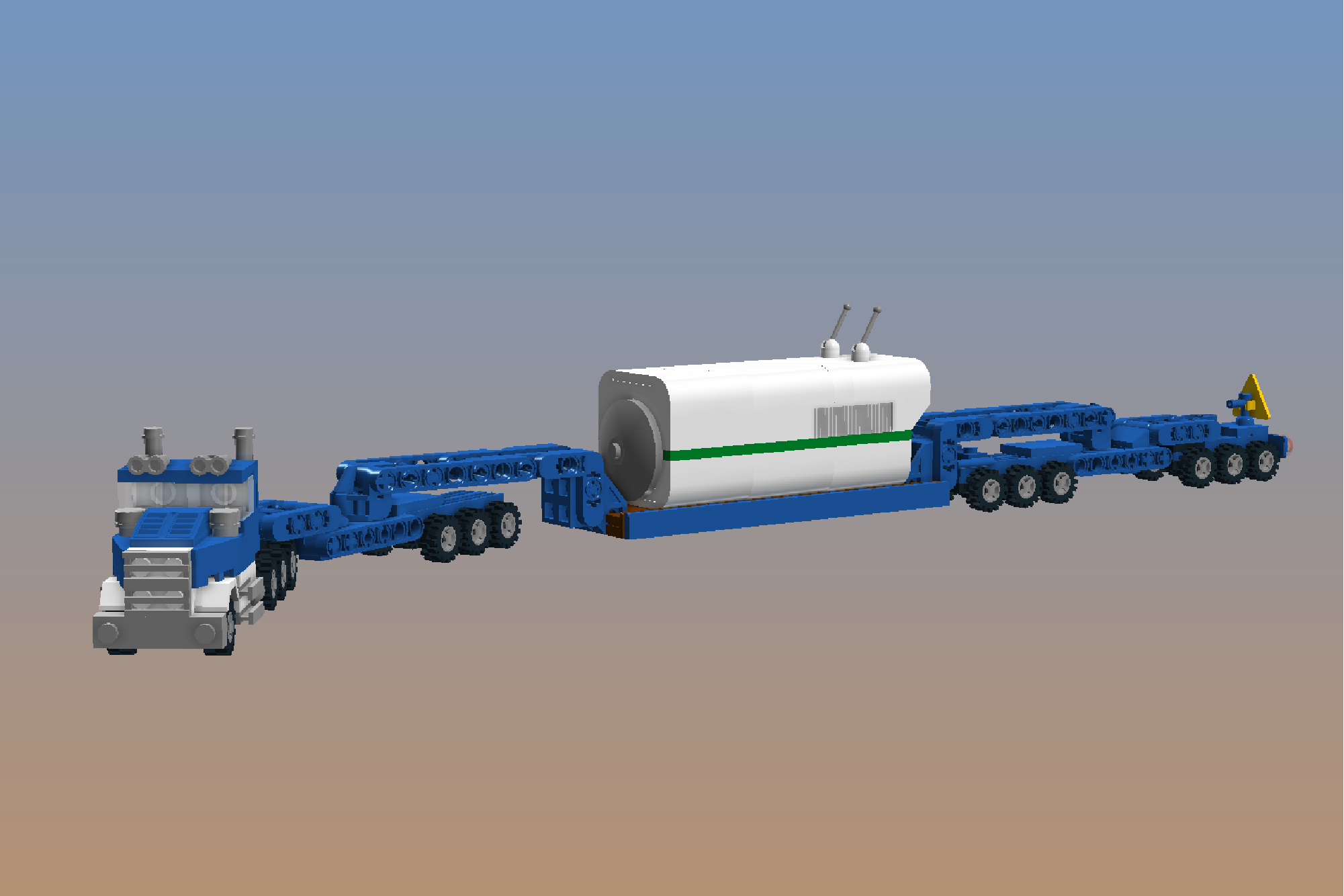 If you like this idea, you might want to check out some of my other projects, including:
* Superheavy Multi-Axle Transport Rig
* UCS Double-Ended Ferry
* F/V Andrea Gail
* New England Fishing Village
* Busy Micro Seaport
* Apollo-Soyuz Mission
* Nutcrcker Figurines