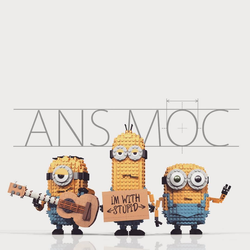 Background
Project UC involves the development of the state of the art mobile suit RX-0 Unicorn Gundam, which is initiated by the EFSF and later took over by the Vist Foundation, turning the white beast into the key to retrieve the La+ Box, an item buried alongside the demise of the first Earth Federation Prime Minister.

The mobile suit features a transformation mechanism. With the NT-D system activated, the mobile suit separates its horn-like antenna into the classic v-shaped antenna and the initially concealed psycho-frame and thrusters are exposed. The performance of the mobile suit escalates due to the drastically enhanced mobility facilitated by the system.

With the advent of the awakened psycho-frame, engineers on Nahel Argama introduced an array of heavy weapons to the beast of possibility. The enhancement cultivates the mobile suit’s combat potential and lengthens its deployment time with two signature propellant tanks attached to the rear of the mobile suit.

Unleash the Full Potential of Newtypes
The design principle behind the project is to honour the transformation mechanism without sacrificing the model’s mobility. Despite the antenna on the forehead is difficult, if not impossible, to fulfill the aforementioned principle, the precision of the iconic v-shaped antenna is maintained by changing a mere few parts. WITHOUT REMOVING ANY PARTS from the rest of the model, you can transform your Unicorn Gundam into NT-D mode.

A Beast of Possibility
With a fully compatible armory, you can recreate the Full Armor Unicorn Gundam by simply connecting the studs on the accessories. You can also customize your own Unicorn Gundam by adding or removing different components.

Posing? Not an Issue
What’s the point of owning a copy of the white beast when it cannot pose as you wish? Check out the model’s highly flexible skeleton structure, which provides you with the cutting edge to resemble scenes from the series.

Minifigures
The project includes the two protagonists of the series, Banagher Links and Audrey Burne (Mineva Zabi), in their respective costume during their conversation with Syam Vist in Industrial 7.

Suggestions
Should my project be considered, I have the following suggestions. In Full Armor mode, the brick count is approximately 3500, which is roughly 1500 bricks more than the mobile suit itself. It has come to my attention that this would inevitably limit the scale of the set’s potential audiences. Also, turquoise bricks are no longer produced. Reducing the number of accessories and substitute turquoise bricks with red bricks are some feasible alternatives. Stand(s) comprised of transparent bricks can be included to optimize players’ experience by allowing the model to do a greater variety of poses.

It took me two years to complete this project. Your support would be very much appreciated.

For further updates and future projects, please support and follow.