Buran Orbiter with An-225 Mriya

By SenatorBlutarsky
40 comments
The Buran Space Shuttle Program, which was initiated in the early 1970s, was the Soviet Space Agency's response to NASA's Space Shuttle (STS) Program. Although the Buran orbiter never flew a manned mission into space, it completed two dozen atmospheric trial runs and one unmanned mssion into space (completing two orbits before being recovered).

On the surface, the Buran orbiter appears to be almost identical in size and shape to NASA's space shuttle, but there were several key differences. Unlike the NASA orbiter, the Buran had no rockets of its own, other than several small maneuvering thrusters. It relied solely on the proven and extremely powerful Energia rocket, equipped with 4 external liquid rocket boosters, to put it into orbit. This arrangement was beneficial is several ways: It was safer, since liquid rockets are inherently more reliable than solid rocket boosters (SRBs) -- recall that it was a failed O-ring on an SRB that caused the Challenger disaster. Also, the entire Energia rocket, including its boosters, was intended to be recovered and re-used, unlike the external tank on the NASA space shuttle. The Buran was also capable of remote-control operation (allowing for the unmanned mission).

With the collapse of the Soviet government, the space race came to an end and the Buran program was cancelled. Of the 5 Buran orbiters that were completed or in the process of being contructed, 3 were dismantled or accidentally destroyed, and the remaining 2 are on display as museum pieces (one in Kazakhstan and one in Moscow). 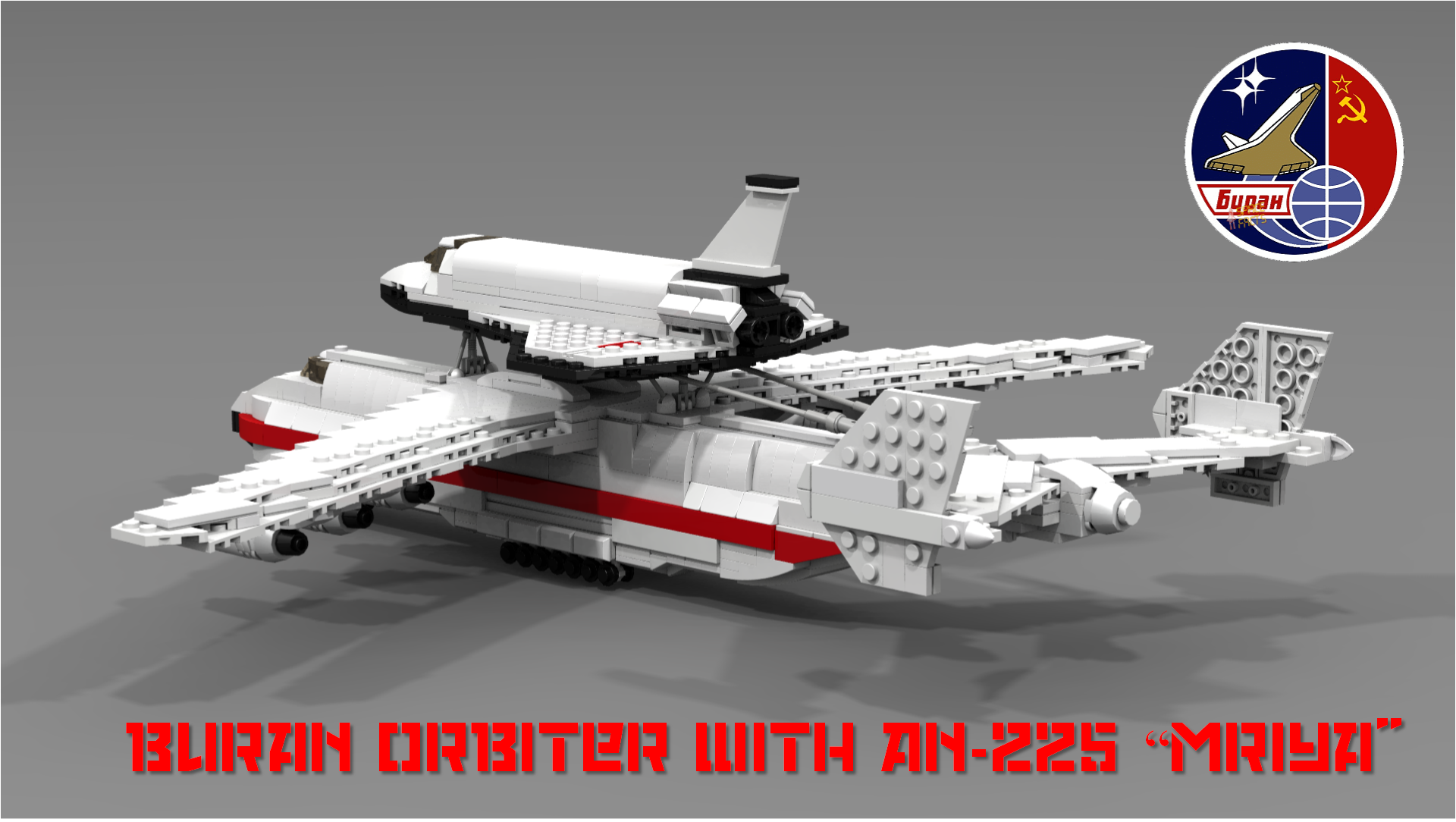 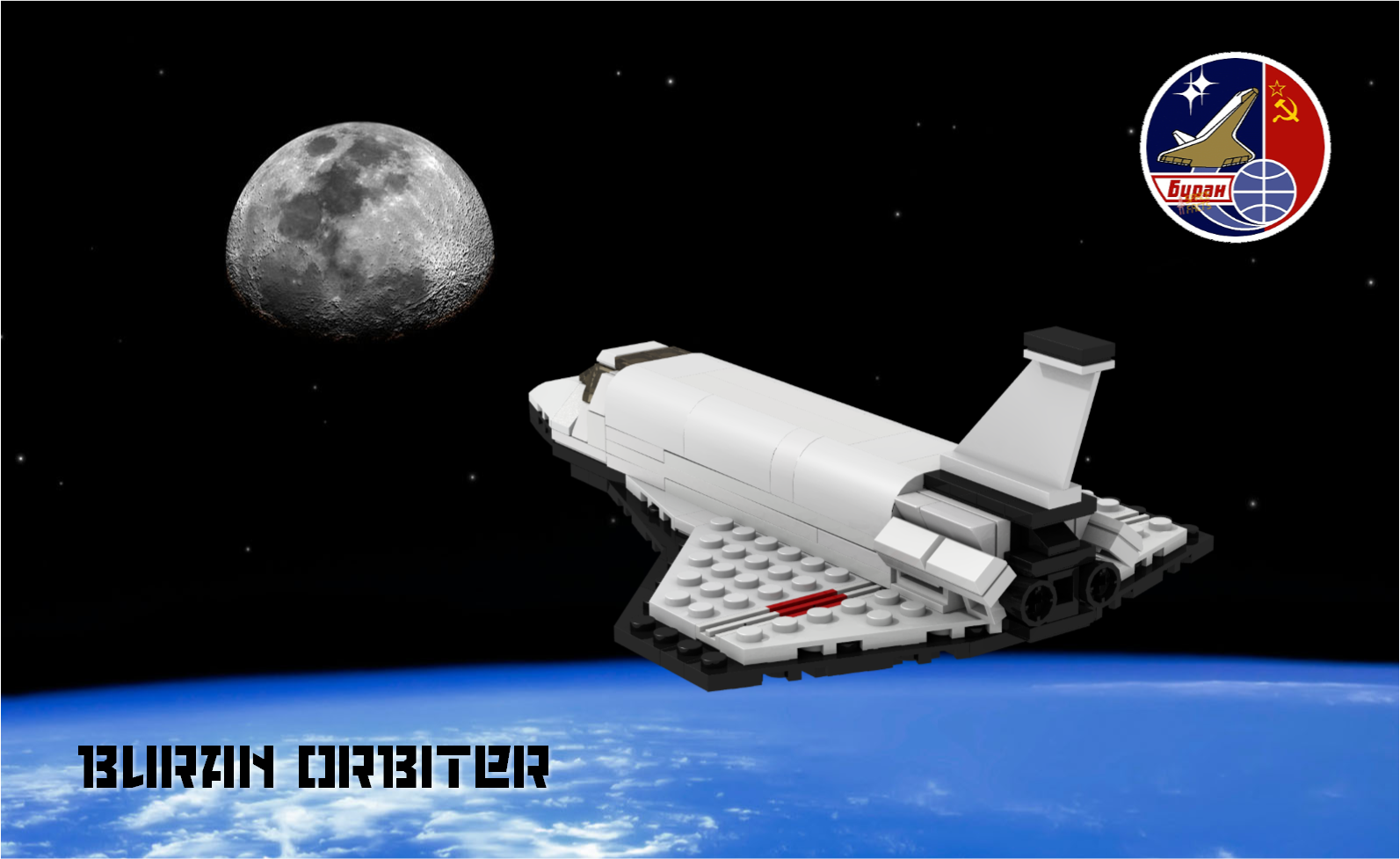 Perhaps even more impressive than the Buran itself is the aircraft that was used to carry it, the Antonov An-225 "Mriya", which was designed and built specifically for the purpose of transporting the orbiter. The Antonov name has become almost synonymous with heavy-lift aircraft, and the An-225 is the top of their line. With a wingspan of 290 feet (over 88 meters), a length in excess of 275 feet (84 meters), and a maximum take-off weight of over 600 tons, the Antonov An-225 is the largest and heaviest aircraft ever built. Its lift capacity is a staggering 250 tons, making a true marvel of modern-day engineering.

To help put its enormous dimensions into perspective, the second picture below shows the big Antonov being escorted by a pair of Mig-29 "Fulcrum" fighter jets. Every one of the An-225's six engines produces more than 50,000 lbs. of thrust, more than both of the Mig-29's engines combined.

Since the cancellation of the Buran program, the An-225 has been commercialized, serving in the superheavy airlift role. It has also made at least one movie appearance -- it starred as the "An-500" in the movie "2012". 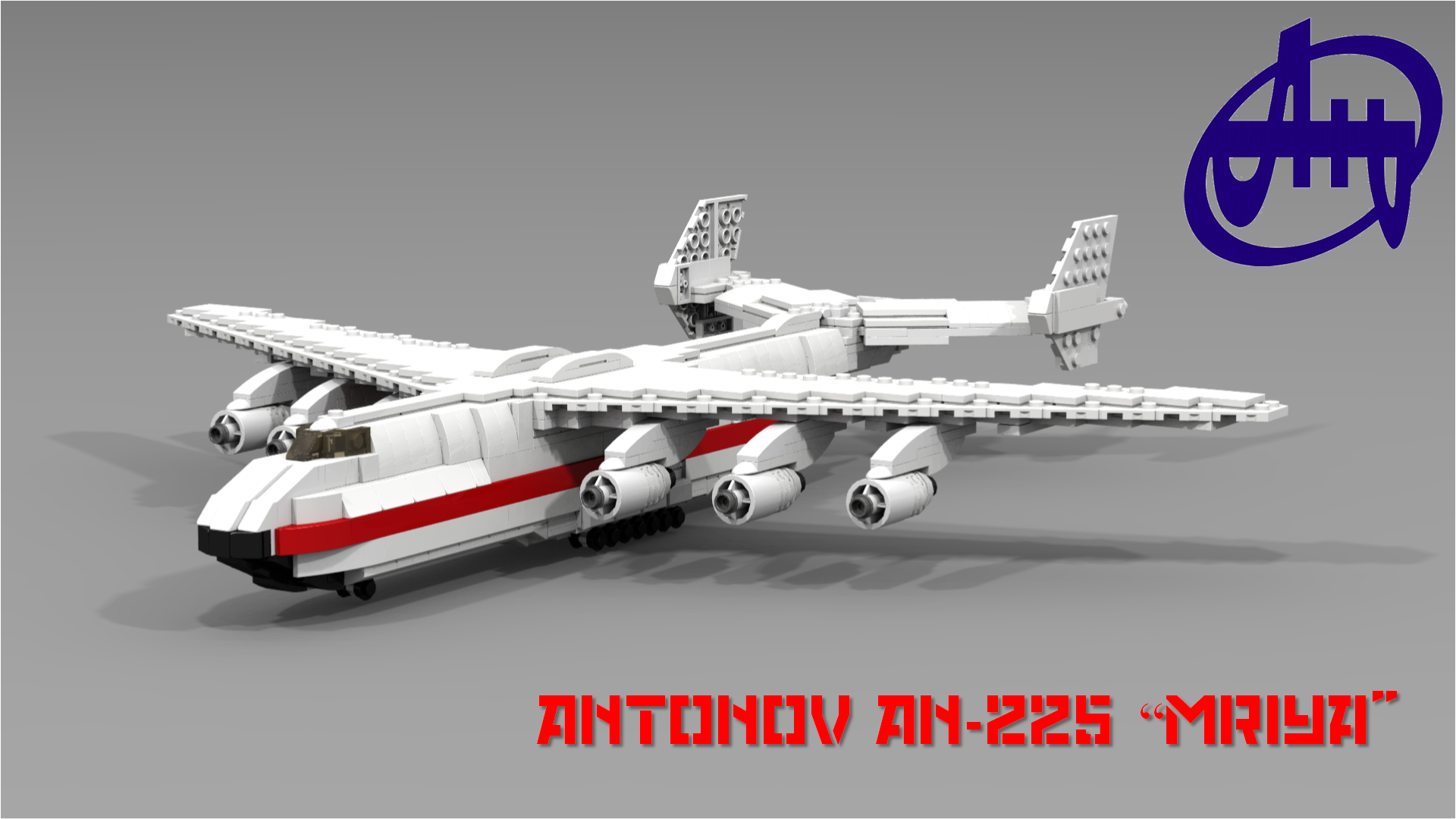 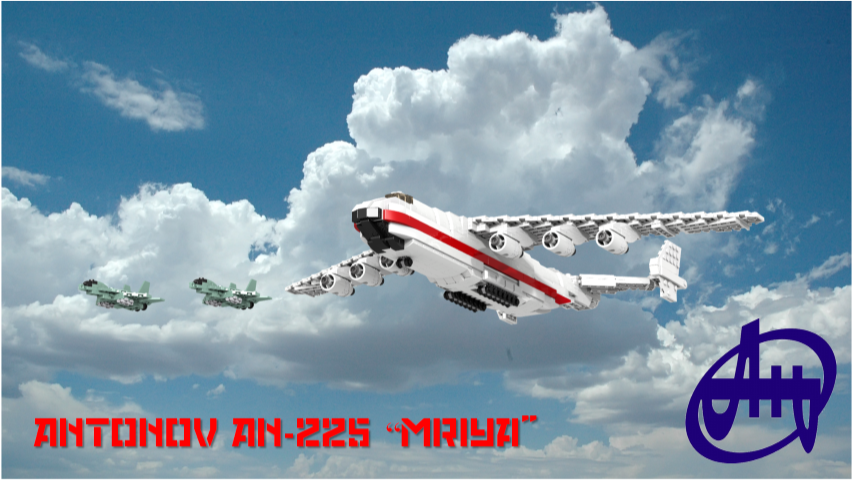 Although this model is built at what can only be considered micro-scale (roughly 1:200), it still measures 17.3 inches (44 cm) long by 18.3 inches (46.4 cm) wide -- a testament to the size of the An-225. While that is somewhat large for a micro-build, it is still quite reasonable for a typical LEGO set. So, if you are interested in being able to build a unique piece of aerospace history, consider supporting this project.

High-resolution pictures of these models can be found on my Flickr page.