Changelings are converting steam knight mecha who have two distinct forms, one, a warrior knight, the other a mythical creature. Shown below are the two creatures Cockatrice and Wyvern. 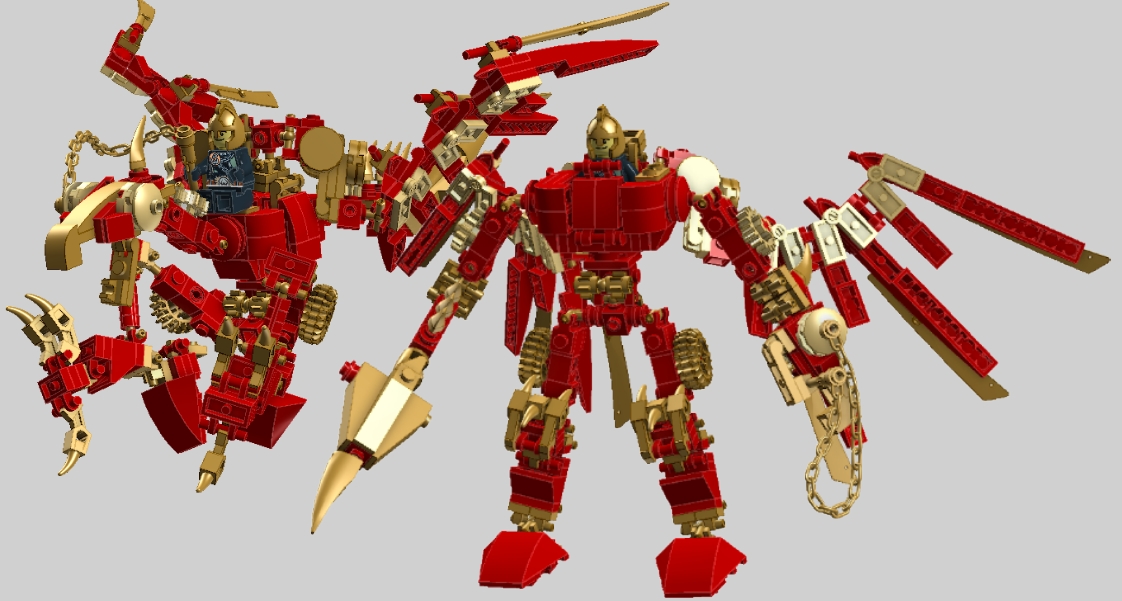 The Cockatrice is the latest addition to my Operation: Steam Knights concept. A heavily modified version of the Wyvern frame it utilises the same transformation technique to allow its pilot to use it as a suit of armour or ride it like a dragon.

Known History: Lord Bryson is the cousin of Emperor Rex. Once a trusted confidant, friend and constant companion, Lord Bryson was granted the responsibility of the Sentinel of the Eastern Shore. His role was to defend the empire from invaders from the East.

After many successful battles, Bryson became obsessed with gathering and studying the wreckage of the Eastern ships washed ashore after the many battles defending the coast. But among the many artefacts collected were some of mysterious magical origin. Bryson and his knights soon fell victim to strange prophetic visions and disturbing prophesies of doom for the empire.

Rex, startled by the change in his cousin ordered the magical artefacts destroyed, but before he could, Bryson and his knights had exiled themselves, stolen the magic and created the Wyvern sect, dedicated to keeping the prophecy of a new world safe from those who would oppose it, which now included the emperor himself.

The magic also granted Bryson's Wyvern knights the power of the Changeling, which enabled them to transmogrify their armour into mechanical beasts. Bryson, thanks to his many months studying the Eastern magic, gained an armour capable of transforming into a Cockatrice, a mechanical beast with a unique power or petrification.

Weapons: In knight form Bryson wields a short sword (formed from the tail of the beast) and a chain flail, which he can use as a close quarter duelling weapon. His wings are studded with longswords which can be used by Bryson himself outside his armour or by the armour in warrior form.

Powers: His wings grant him the power of flight in both modes. In Cockatrice mode he can project a mystical energy which stops time for whoever it strikes for 60 seconds, more than enough time to dispatch them or escape.

Weakness: Bryson's obsession with the prophecy of the fall of the empire has driven him to become what he most feared, an enemy of Emperor Rex, something that often leads him to self doubt. The petrification ray affects ANYONE it strikes, even other wyvern sect members. Mirrored surfaces can reflect the beam back at Bryson. 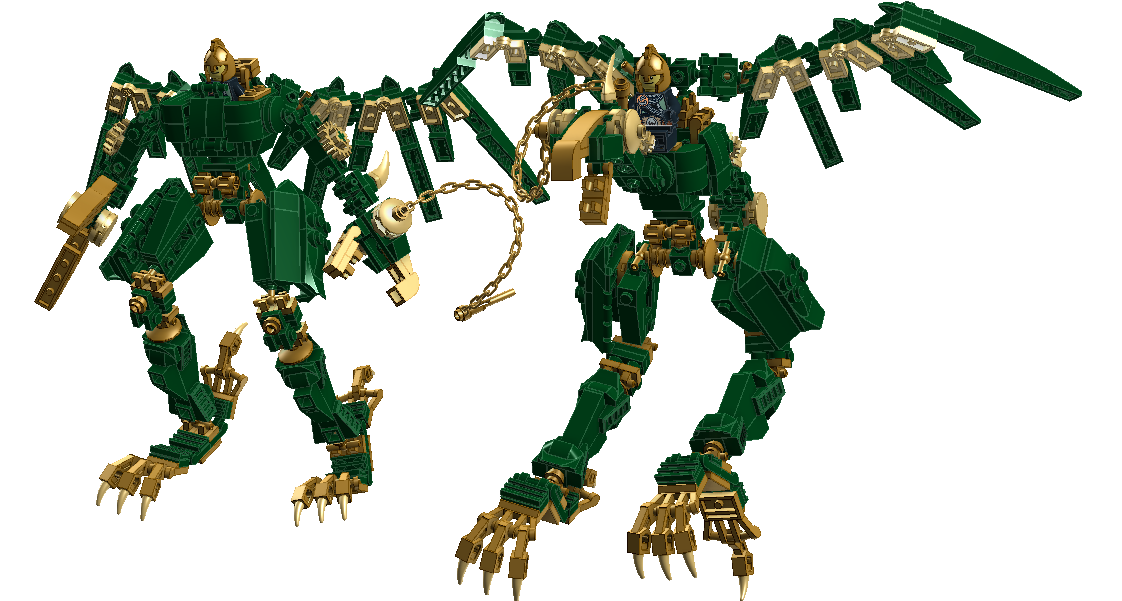 Known History: The Dragon Knights of the Eastern Shore were once favoured by the Emperor. Like the Red Dragon Knight sentries of the Emperor's personal guard, they were powered by the elements and defended the realm with the tenacity of a real dragon.

But when the Wyvern sect began to talk of a dark prophecy, the Knights became shunned and feared by the Emperor's most loyal advisers. "They speak of a day when fire will rain from the sky and wipe humans from the South forever!"

Corrupted by magic from another land, the Wyvern Mecha are now favoured by these mysterious and traitorous human warriors. But ultimately are they ushering in the end of humanity, or the salvation of the realm.

The Wyvern Mechs are capable of flight, use their talons, jaws and spiny tail as weapons to take down even the strongest opposing weapon or castle wall. Capable of channelling the elements to project flame, water, lightning, ice or wind from their jaws.

Their greatest weakness is they favour attacks from the air, relatively weak on the ground. Damaged, their wings cannot support them. 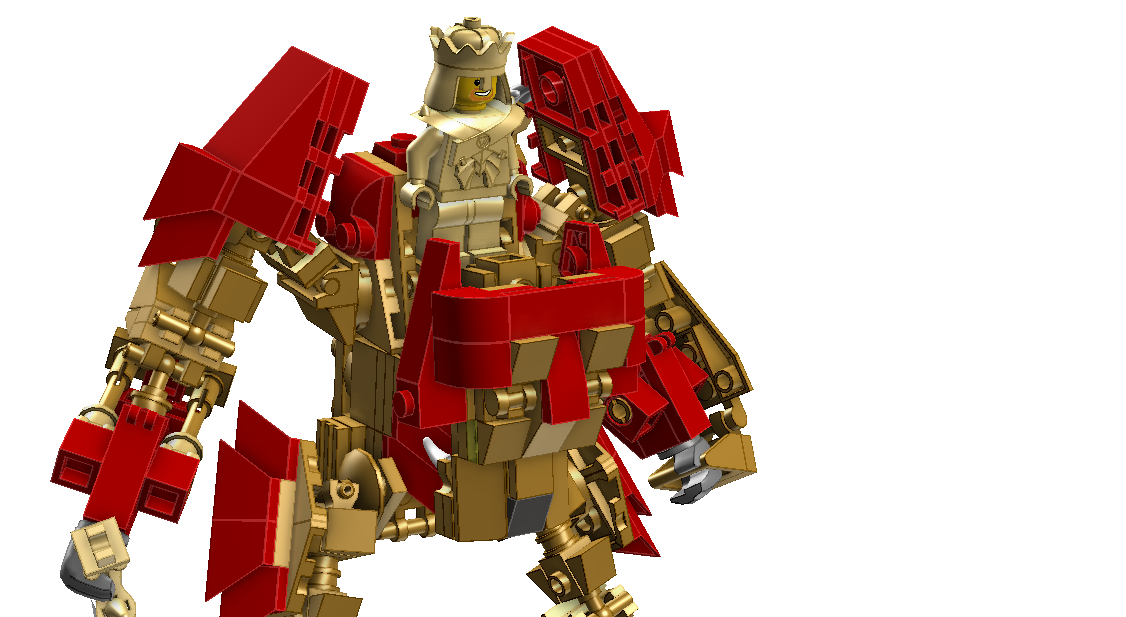 Name: Emperor Rex
Species: Human
Known History: Rex is the ruler of the human occupied lands of the medieval Universe of the Steam Knights. For most of his life he has ruled from his lion sculpted golden throne with honour and wisdom, but the rising threat of the Wyvern sect of humans has caused him to become more directly involved in the wars fought to protect his lands.

Seeking the aid of the Wiseman of the Woods, Rex was given a silver talisman with strange characters inscribed on it in a language Rex recognised from the ship wrecks washed ashore following his war with the invaders from the East.

Returning, troubled by this revelation, he sat in his throne pondering the implications, when the castle was attacked. The combination of Rex's need to act and the Eastern magics of the Changelings transformed the throne into a Steam Knight armour.

After engaging Lord Bryson in battle the armour converted into its secondary form to battle Bryson's Cockatrice, that of a huge golden lion. 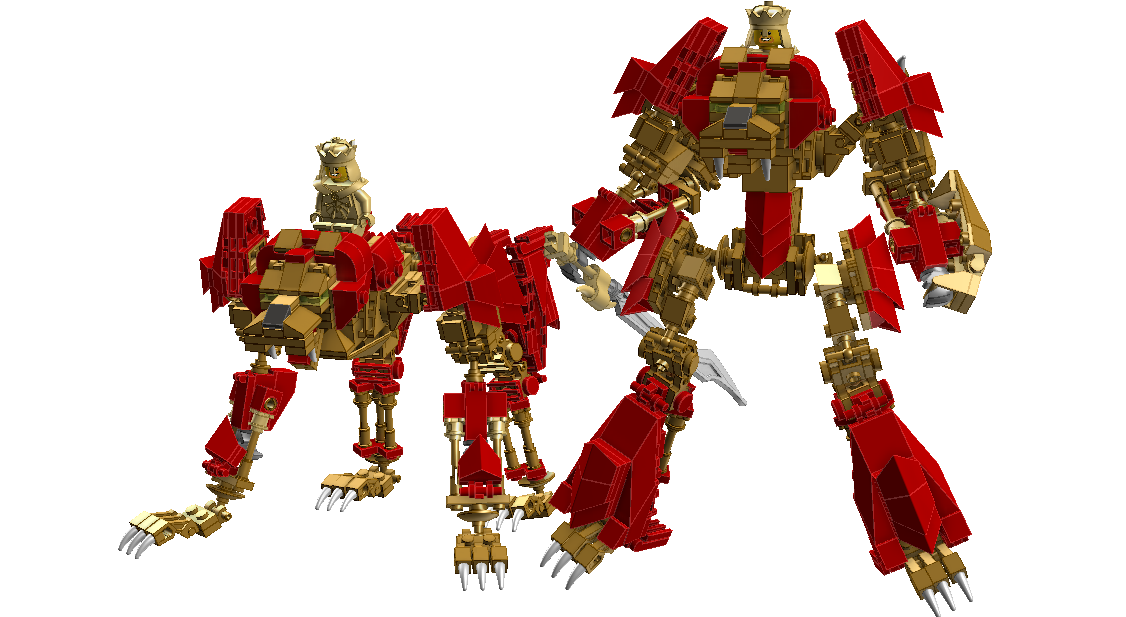 These two would in fact be two different sets, each consisting of approximately 300 pieces.

Sets utilise construction techniques which would suit an experienced builder but with instructions are not beyond the ability of most 12-16 year old Lego enthusiasts. Ideally these sets would appeal to builders into both robots and magic.