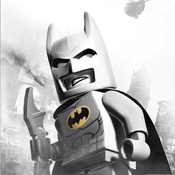 Batman:"You are right robin this is a well designed Lego Tumbler."

This lego set is inspired by the vehicle that is used in the movie Batman Begins. I tried to combine the Cristopher Nolan's Tumbler and Lego. I made a lego Tumbler because the Tumbler that Lego designed in 2008 was too big to play and the Tumbler that Lego designed in 2014 was not even to play with your minifigures so ı built a new Lego Tumbler which is not too big or not too small to play. This set is just the right size to play with your minifigures and thats why ı think people will buy it.

I mostly used black bricks to built this set then ,I added some gold bricks to make it look like the real Tumbler. I used four big wheels at the back (two on each side) then , ı used two normal wheels in the front. There are no flick fire missiles in this set so ı made a little golden turret to front of the Tumbler just like the original tumbler has. There is only one seat in this tumbler and there are two computers near the seat .The seat is black and the floor is blue so you can find batman's seat and place him easly. You can see the engine of the car at the back of the Batman's

I hope you guys like this idea .Please support this project.

Important note: the minifigure and tools are not the part of the set!