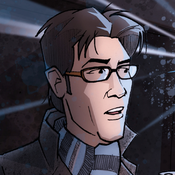 Welcome King (or Queen!) to your Kingdom

You castle is under attack. Your soldiers need a leader. You are their King. How should your Kingdom be constructed, how can you protect your throne? Can you conquer your rivals castle and expand your realm?

With this set you can create your own castle that include a variety of towers, entrances, large weapons, and battlements. You chose the layout and set up of your castle in an attempt to protect your throne.

Soldiers, archers, machine operators are waiting to defend the castle and attack the enemy.

Team up with your friends, capture their castle and defend your throne.

Your main castle is made up from various sections. Enjoy building the individual sections then joining them together to form a larger castle of your own design. The images show a single wall, double wall, small door, grand entrance, watchtower, small corner, large corner, as well as large weapons - Trebuchets and Cannons. You can arrange your modular sections exactly as you like and in any configuration you prefer.

2. Interact With Other Castles.

You can leave it at that if you wish. Or, you can play with a friend who also has a Citadel Kingdom. Try to capture your friends Throne. Should you try to defend or attack? You could get together with more than one friend and have a grand battle! It's limitless.

The Theory Behind The Idea

There are several things myself and my children enjoy doing with LEGO which I don't think are dissimilar to anyone else:

These reasons are what make LEGO popular with my children, but what they don’t do is encourage interaction with other children and I realised that LEGO could provide the perfect shared medium to bind children together in play.

Thinking about this shared interactive experience I developed the “Citadel Kingdoms” to encourage greater interaction and play between two or more children, rather than between one child and their LEGO set.

1. Constructing individual sets. Each Citadel Kingdom's set is a style of castle that can be assembled in a variety of ways. Children can play with the sets using their imagination in the same way they would with any normal LEGO set.

2. Growing a Kingdom. Each Citadel Kingdom's set is designed to connect with others so a child can expand their Kingdom to be as big or as small as they wish, featuring the parts of the castle that they choose in whichever order they desire.

3. Interacting with other Kingdoms. As part of Citadel Kingdoms there is a gaming element where children can use their Kingdoms as the main focus of the game. The object of the game is to win the throne of the oppositions Kingdom (imagine role playing games for children using LEGO).

4. Collectability. Children will be keen to collect more Citadel Kingdoms sets to add on to their existing one to enable them to grow their Kingdom and play more in-depth games with their friends.

To date I have built ten sets for this Citadel Kingdom. Whilst testing the game on my thirteen year old son, my six year old daughter asked me to build her a Fairy Castle so that she could also join in the game. There are not many toys available where a six year old girl and a thirteen year old boy can play together!

Although my example is based on a Medieval Castle, other Citadel Kingdoms can be themed differently, including Industrial, Futuristic, Underwater, etc., as well as themed castles that would appeal more to girls such as Fairy or Unicorn castles. Whatever themed castle a child has they could participate in a game against any other Kingdom.

Please support this idea and see your children using LEGO to interact with each other. Thank you.