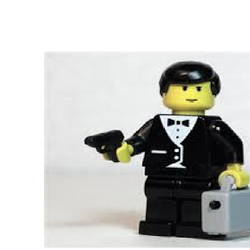 Who has seen the official lego Patrick's rock and has felt like it was a failure? Luckily I am trying to change that old rock in for a new one . This rock has a hinging top , a modular function to connect with other Spongebob projects I will do in the future , and a detailed inside.