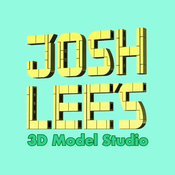 By joshlee3dms
60 comments
Boss Borot is a super robot in the Japanese anime “Mazinger Z” in the 70s!
What makes Boss Borot so special?  It was made of recyclables!  And it is an iconic character of great sense of humor, persistence and courage, because you could see this robot breaking into piece over and over again in almost every episode of the anime, and it was still keep on fighting!
Obviously, it is not a good looking robot at all, but it has been a classic, being so very cute, adorable and lovable to everyone’s surprise. I have made several gimmicks in this lego set as which you could have seen in the anime shows like the diving outfit, and also the hangar of this robot.
I have been making a few characters of this anime and Boss Borot is definitely one of my favorites.  I hope you will like it as much as I do:)
Cheers,
Josh Lee